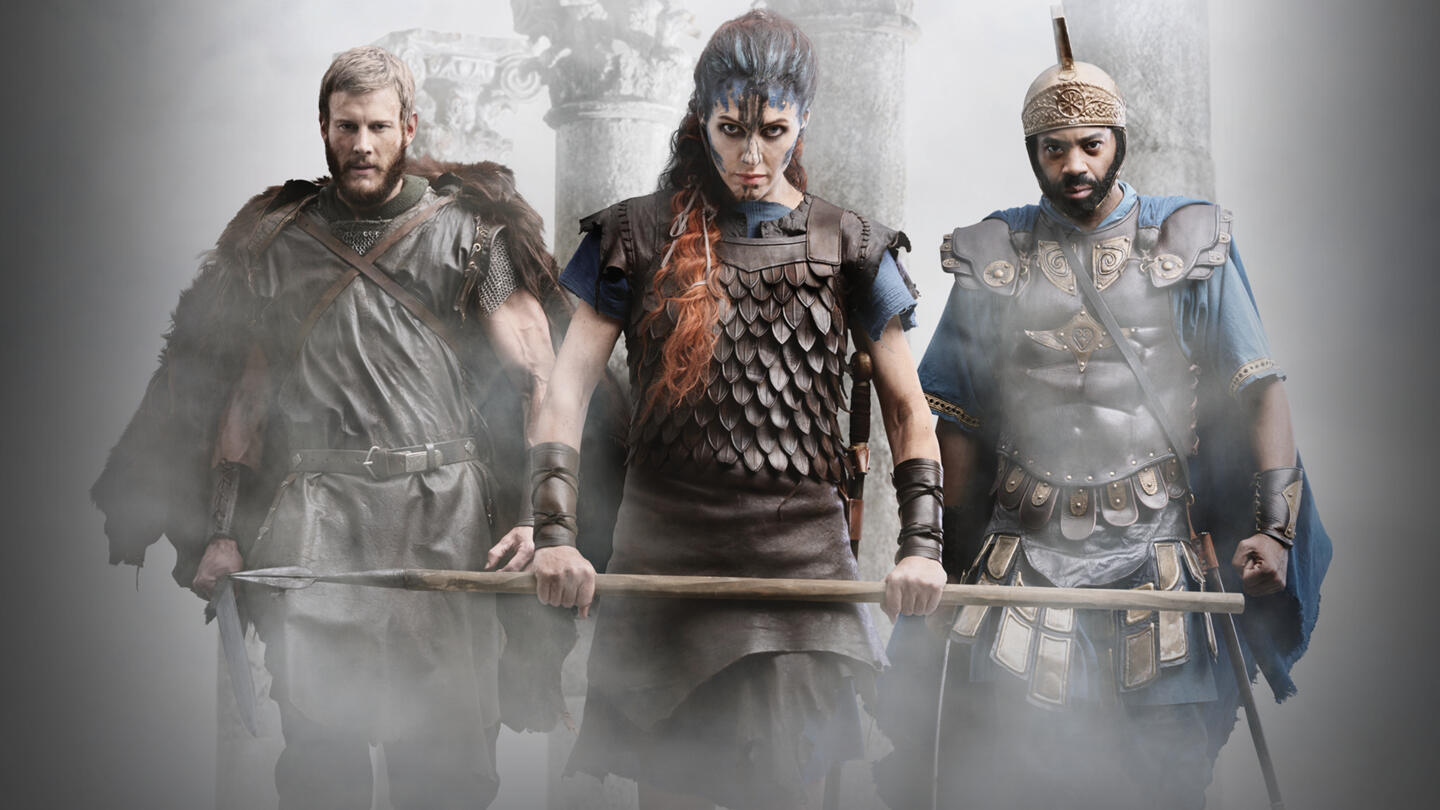 It is inevitable that empires will fall, but not that they will rise. Rome is ambitious, wealthy and ruthless as it grows into the most powerful empire the world had ever known. But to achieve total domination, it blankets the ancient world in blood and tyranny, igniting the barbarian rebellions that will ultimately lead to its downfall.

This is not a story about the glory of Rome. It’s the story of the people who rise to fight for freedom against a cruel and violent force bent on their destruction. As Rome grows stronger, the barbarians are taxed, enslaved, slaughtered, displaced and robbed of their cultures. But set against seemingly overwhelming odds, they never surrender; evolving and innovating new ways to fight against an organized and determined enemy. This is a clash of titans fought over centuries.

Barbarians Rising tells the epic saga of the rise and fall of the Roman Empire from the perspective of the barbarian leaders who brought it down; a high-impact, visceral journey into the heart of their rebellions against absolute power. The Roman Empire called them “barbarians” – tribes beyond the fringe of civilization that live a primitive, savage existence. But they are also some of the fiercest warriors in history – men and women who rose up to resist so that they might live free, or die. The four-part docu-drama reveals the true story of the 700-year battle for supremacy, a fight for freedom that would shape the world to come. Featuring fully dramatized portrayals of icons including Hannibal, Spartacus, Arminius, Boudica and Attila alongside an eclectic group of experts and contributors, Barbarians Rising reveals the true history behind the legends.

Watch Barbarians Rising on HISTORY Vault
By submitting your information, you agree to receive emails from HISTORY and A+E Networks. You can opt out at any time. You must be 16 years or older and a resident of the United States. More details: