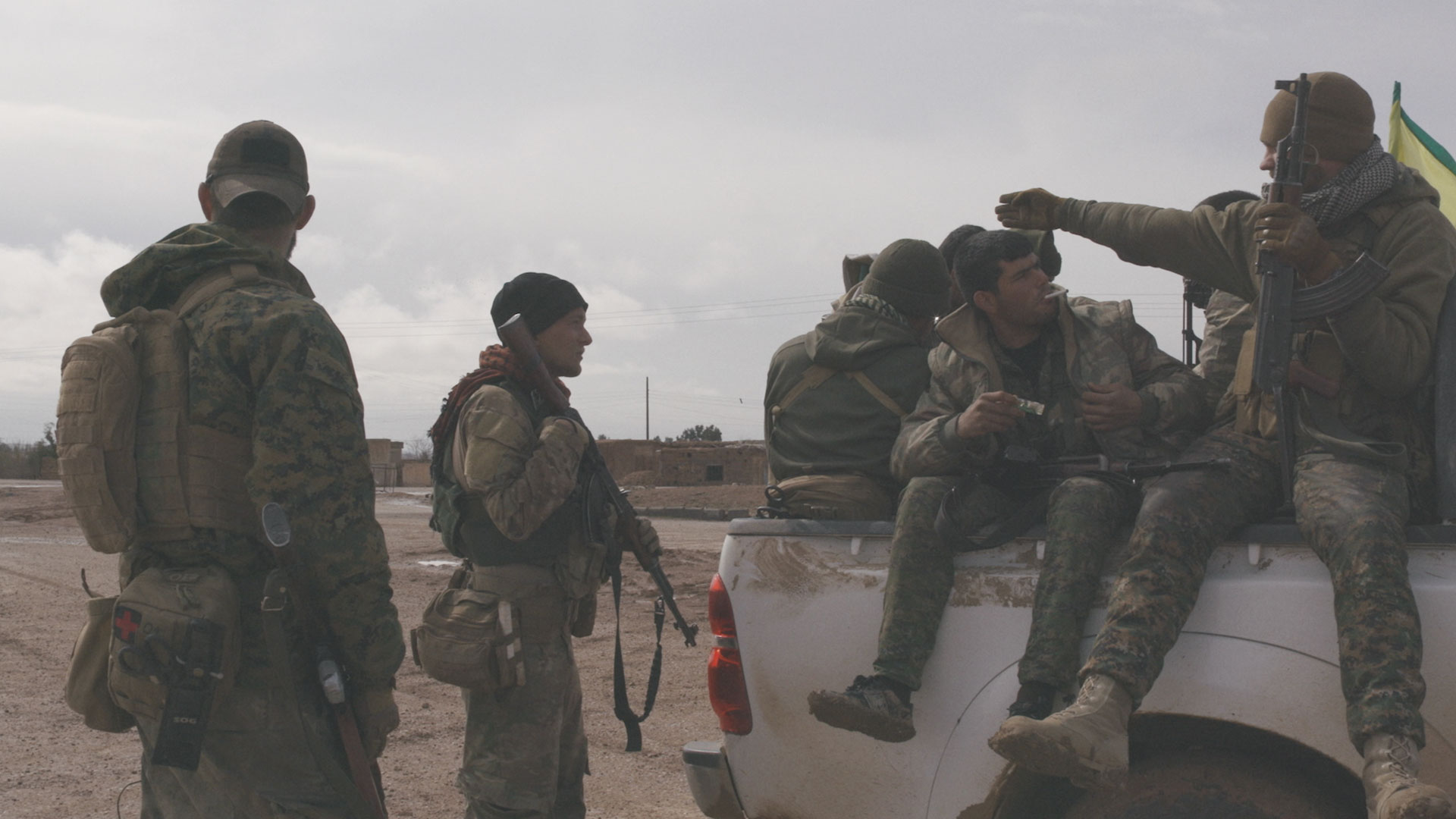 Itching for a fight, PJ transfers to an offensive unit in Syria where he’s assigned to liberate the strategic ISIS-held town of Al-Shaddadi. He befriends several new Westerners and forms a special bond with Levi, a young jokester from Colorado whom he takes under his wing. In Iraq, medics Pete and Derek get dangerously close to the frontlines during a battle to push ISIS from a town outside their urban stronghold of Mosul. As each of the volunteers take their next steps, bonds of brotherhood deepen and more light is shed on what drew these men to the war.