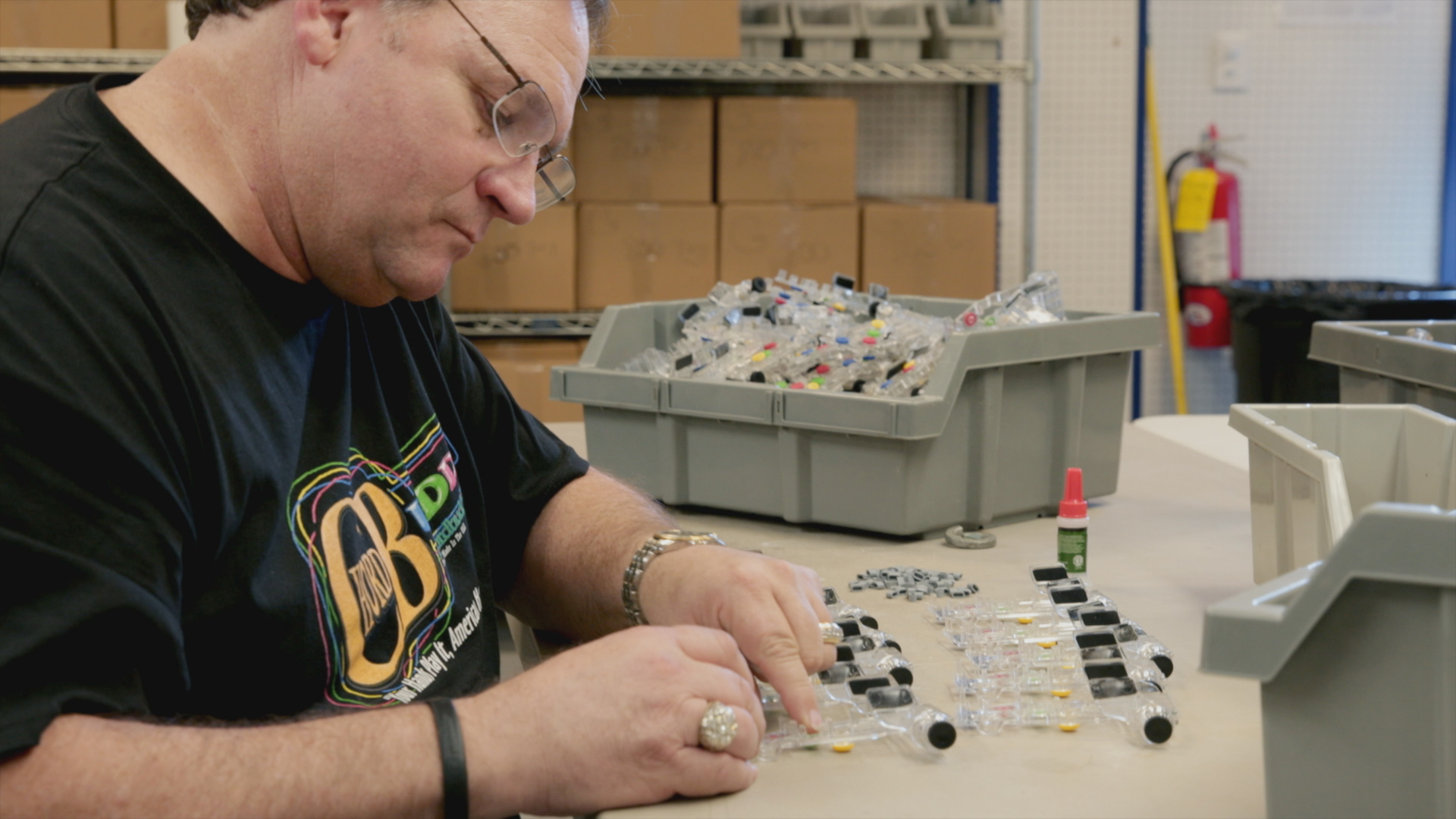 Bob Plath was a veteran airline pilot who invented the first carry-on bag with wheels. His invention has forever changed the way people travel. Travis Perry was a guitar teacher when he decided to invent a simple device that would make it easy for anyone to learn how to play Guitar. He named it ChordBuddy and made millions. Mike Miller was teenage inventor when he came up with a fork and knife combo called a Knork that is changing the way people use cutlery. Leslie Scott took a childhood game of stacking blocks and made it into the hugely successful and timeless game called Jenga.

By submitting your information, you agree to receive emails from HISTORY and A+E Networks. You can opt out at any time. More details:
Follow #MillionDollarGenius