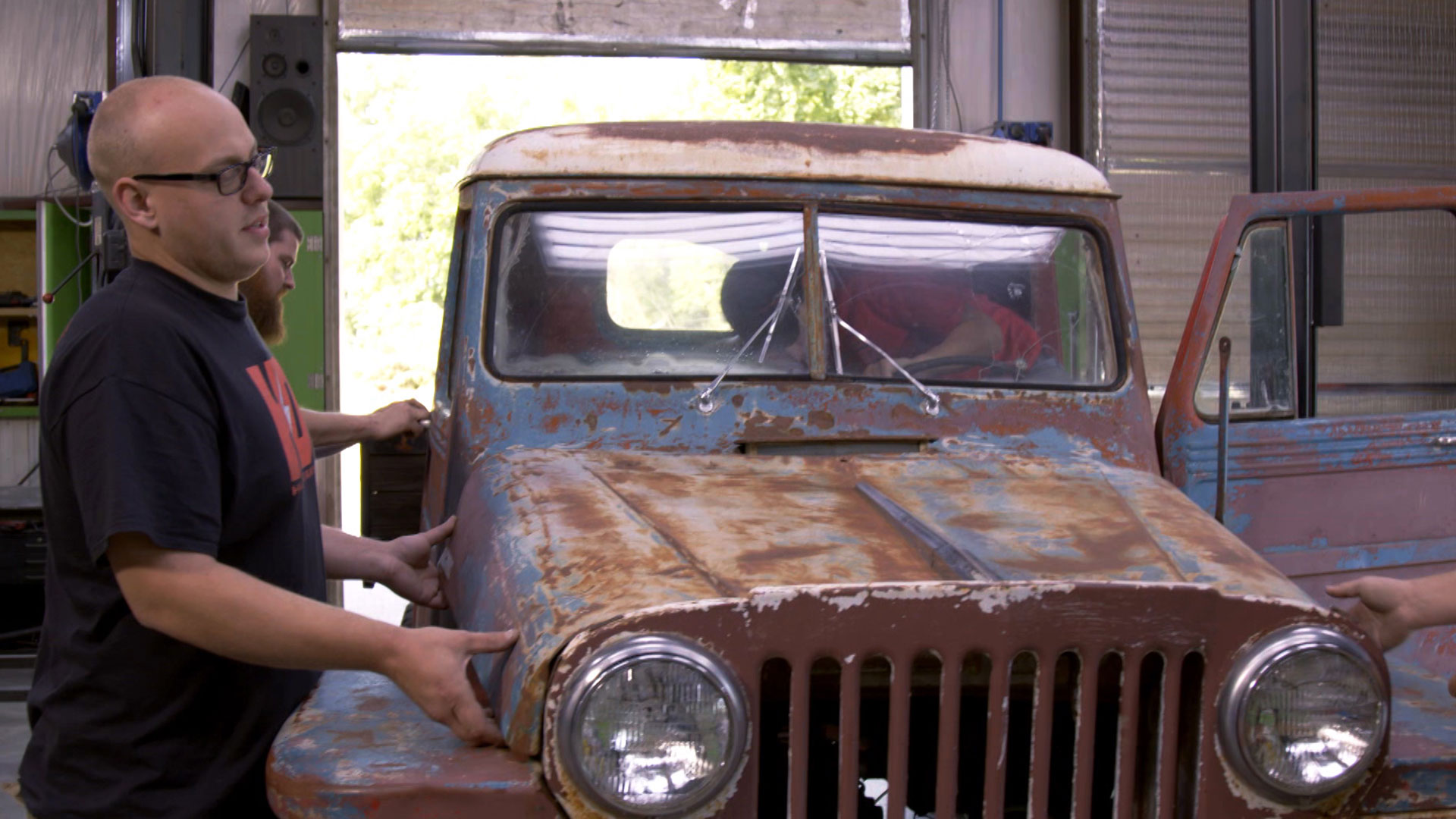 Kenny’s latest mad creation aims to combine the gun-slinging history of the Colt .45, the “gun that won the West,” with the old workhorse of the heartland, a vintage 1947 Willy’s Pickup. But Kenny raises the stakes even higher than usual when he tells the guys he wants to unveil it at the biggest showdown in the car world, the SEMA convention in Las Vegas! His crew will have to work overtime if they’re going to get the Hauk .45 fully loaded and out to Vegas in time for this Wild West adventure. On the other side of the shop, Justin plans to offset Kenny’s spending on the SEMA build by flipping a junkyard truck for a quick profit.

By submitting your information, you agree to receive emails from HISTORY and A+E Networks. You can opt out at any time. More details:
Follow #RoadHauks