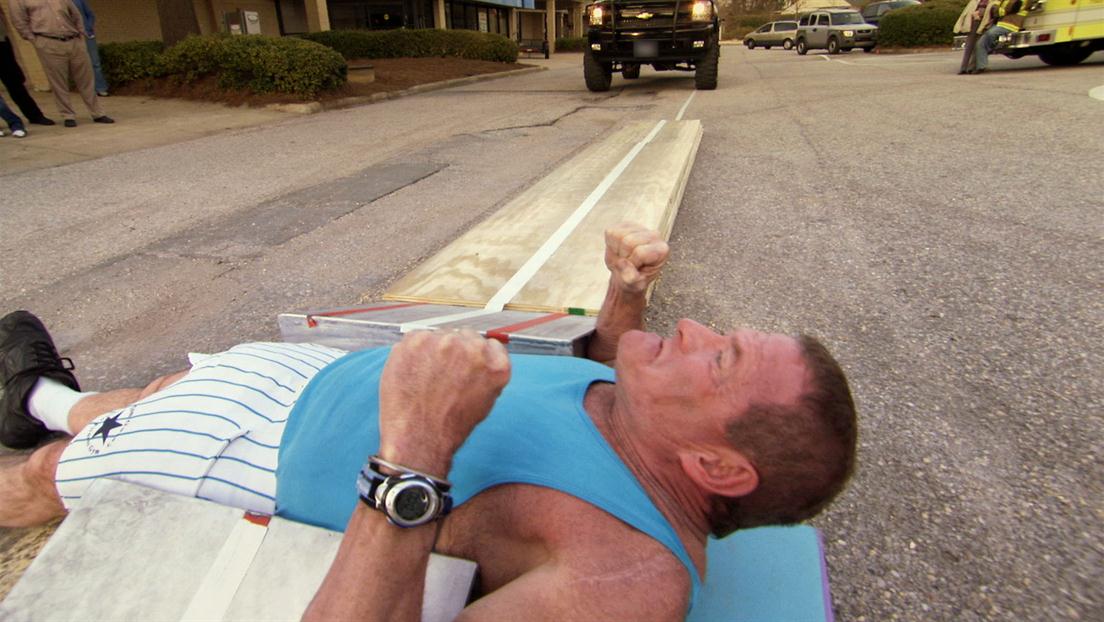 Daniel’s incredible journey continues, as he investigates Tim Cridland, who claims to be able to switch off pain. He demonstrates his ability to go beyond normal pain thresholds by impaling himself with skewers, with little or no bleeding. Derek Paravicini is a blind autistic man with an incredible “superhuman” gift. Derek can remember and accurate re-play any song he ever hears. Does his ability offer the world an insight into the power of the human brain? Jyothi Rai is known as India’s Spiderman–scaling walls at an unbelievable speed. Able to run up a six-story structure in just seconds, Jyothi has perfected his climbing technique by taking inspiration from monkeys. Last year in Milan, nine trucks weighing a total of over 30,000 lbs ran over Tom Owen in quick succession. How can his body survive such force? Daniel tests Tom’s abs to find out if he has the hardest muscles on earth.