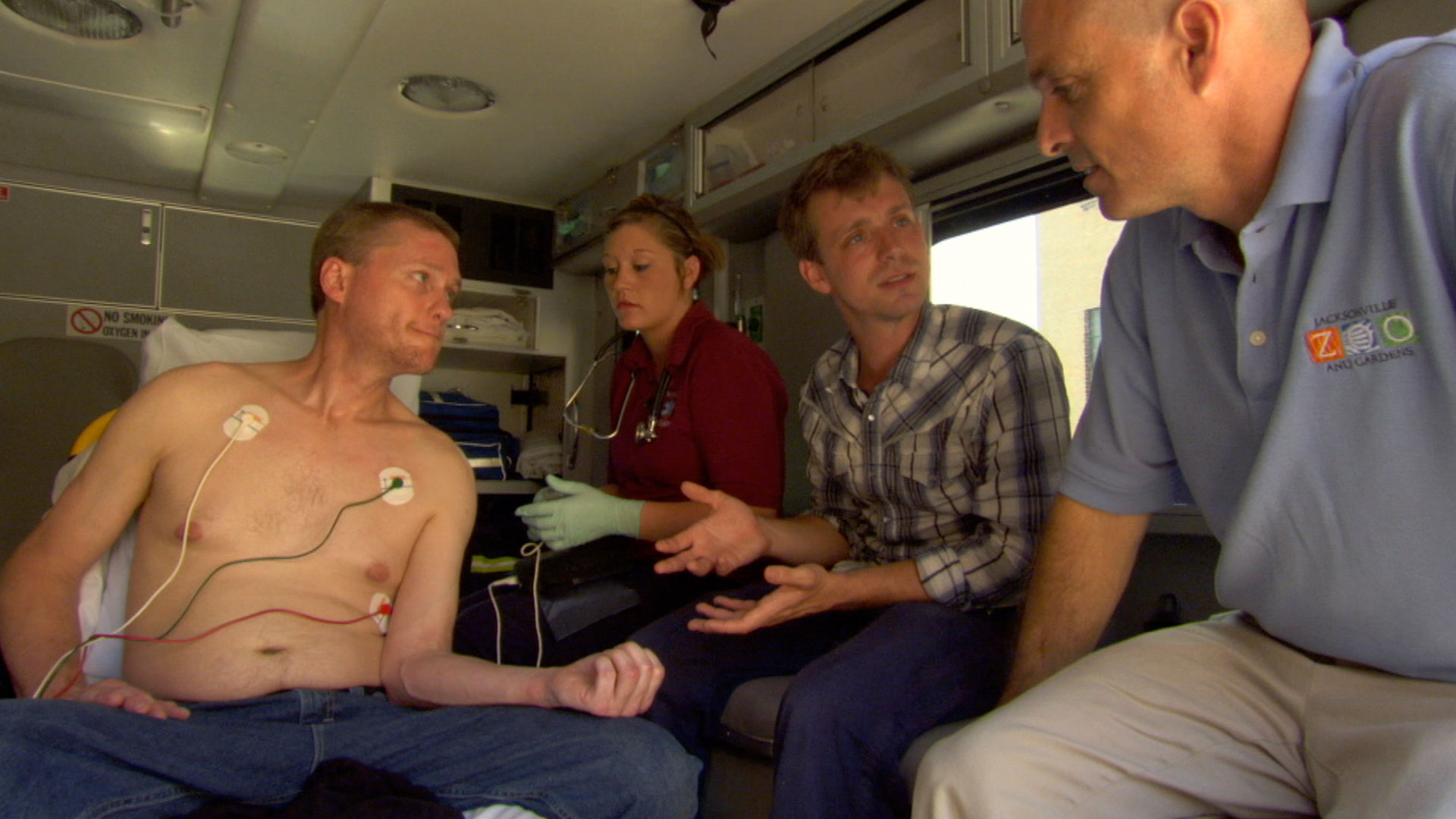 Daniel Browning Smith’s search for real life superhumans takes him to Wisconsin to meet Tim Friede. Tim has made himself a human guinea pig, allowing some of the world’s deadliest snakes to bite him and recording the results, to hopefully reduce the 20,000 deaths that are caused by snakebite annually throughout the world. Next, it’s off to Birmingham, Alabama to meet Dan Meyers–the best sword swallower in the world. In London, it’s an encounter of the elastic kind with Garry Stretch Turner, who claims to have the World’s stretchiest skin. Finally, meet the “Rocket man,” who can hit speeds of over 100 mph on his single wing flights, navigating with his eyes and steering with the movement of his body.