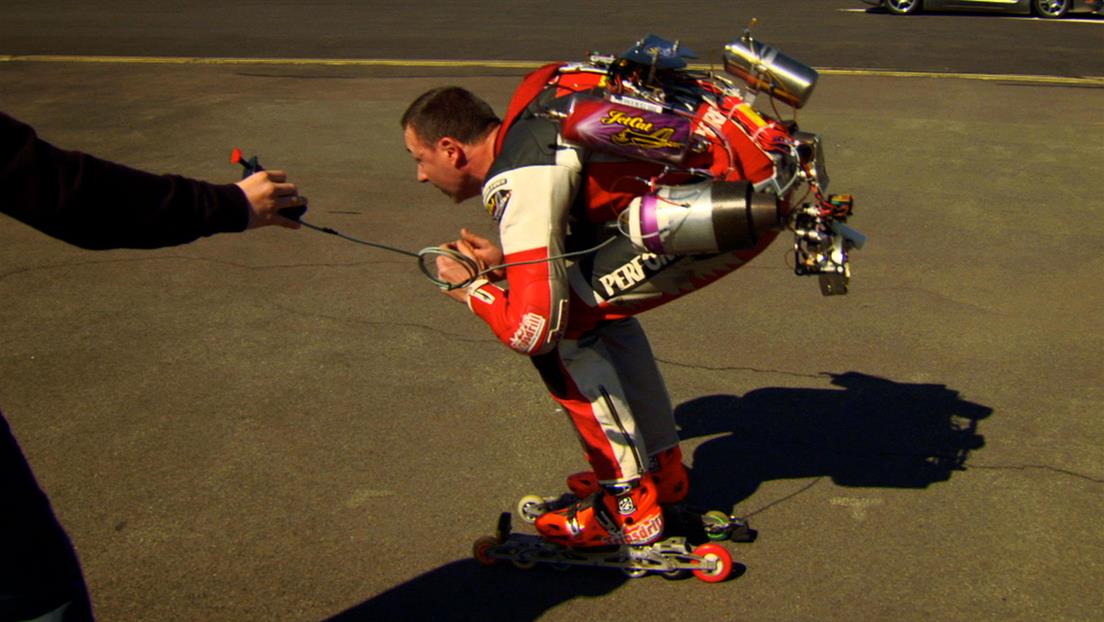 Stan sends Daniel to meet 38-year-old German speed fanatic Dirk Auer, who claims that with his incredible turbo powered rocket backpack and skates, he can reach amazing speeds. Guy Bavli claims he can move objects around a room using the power of his mind. We take him to a hardware store where he bends nails and cutlery off the shelves–and even appears to move objects without touching them. Daniel meets Nigel on a running track made of broken glass. A pain expert examines Nigel’s physiology… if he feels pain in the rest of his body, could his feet hold the key to switching off pain? Steve Woodmore claims to be able to talk at a “superhuman” speed of 637 Words per Minute! That’s 10.25 Words per second, four times faster than the average person.