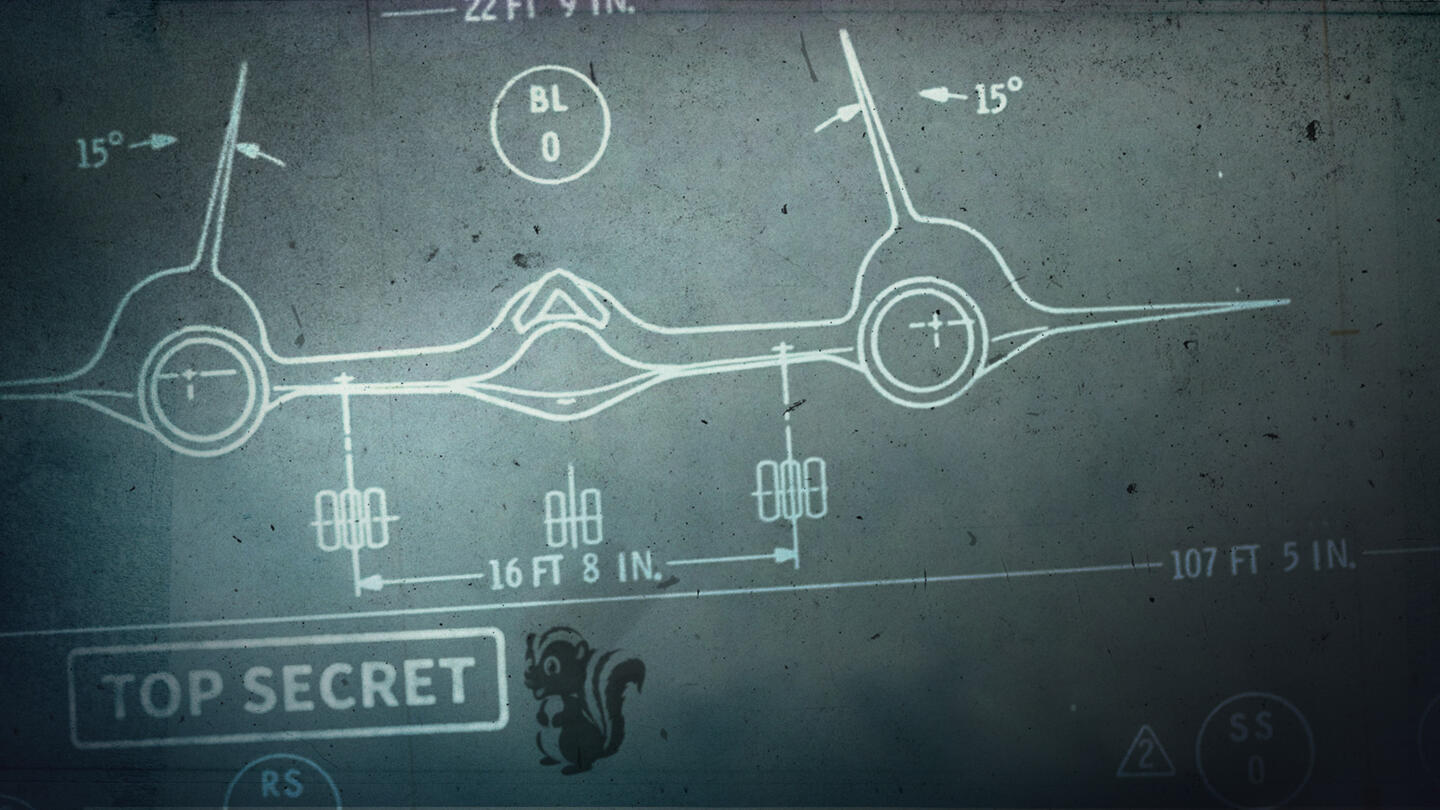 Secrets in the Sky: The Untold Story of Skunk Works

In 1943, in a circus tent in Burbank, CA, a bunch of revolutionary thinkers first gathered
together in secrecy to build America’s first jet fighter. They were rule benders, chance takers,
corner cutters—people who believed that nothing was impossible.

In the decades that followed, this secret club would create some of the most iconic flying
machines in history: the U-2 spy plane, the SR-71 Blackbird, the F-117 stealth bomber… each of
them so unfamiliar, so far ahead of their time, that they were often mistaken for something
otherworldly.

Secrets in the Sky: The Untold Story of Skunk Works pulls back the veil of secrecy on Lockheed
Martin’s enigmatic Skunk Works program. It features never-before-seen material: rare photos,
films locked away for decades, and entries from the private journals and logbooks of Skunk
Works’ founder and aerospace legend, Kelly Johnson.

With narration by Dennis Quaid, in Kelly Johnson’s own words, the film plunges deep into a
world shrouded in secrecy—where wars are won or lost not just on the battlefield, but at the
design table.

Secrets in the Sky: The Untold Story of Skunk Works reveals the incredible story of one small group of bootstrapping engineers and pilots whose innovative aircraft changed world history.