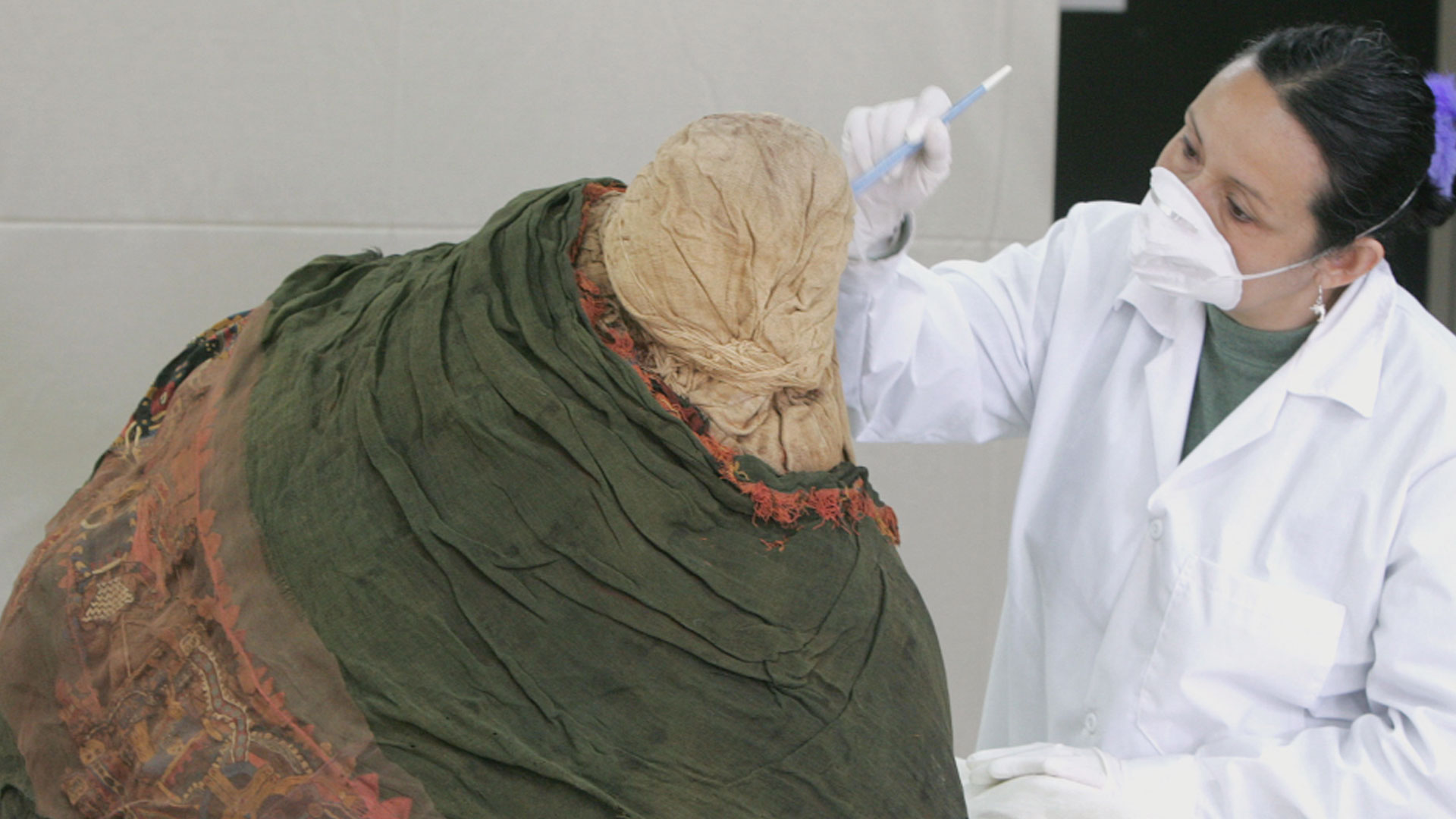 Ancient Astronaut theorists have suggested that many of the divine beings depicted in cultures throughout the world are not really divine–or mythological–but instead reflect extraterrestrial visitations that our ancestors did not understand. If true, what can account for all the different types of beings that are depicted, from anthropomorphic birds and reptiles, to gods with blue skin to multi-limbed humanoids? Might there have been numerous alien species inhabiting Earth? Could the accounts given by modern day alien abductees be evidence that these otherworldly entities continue to visit Earth to this day? And is it possible that they all have a common ancestor? In 1928, archaeologist Julio Tello discovered the Paracas skulls of Peru–elongated heads with cranial volumes at least 25% larger than the largest known human skulls. Some believe that these remains are of extraterrestrial origin.