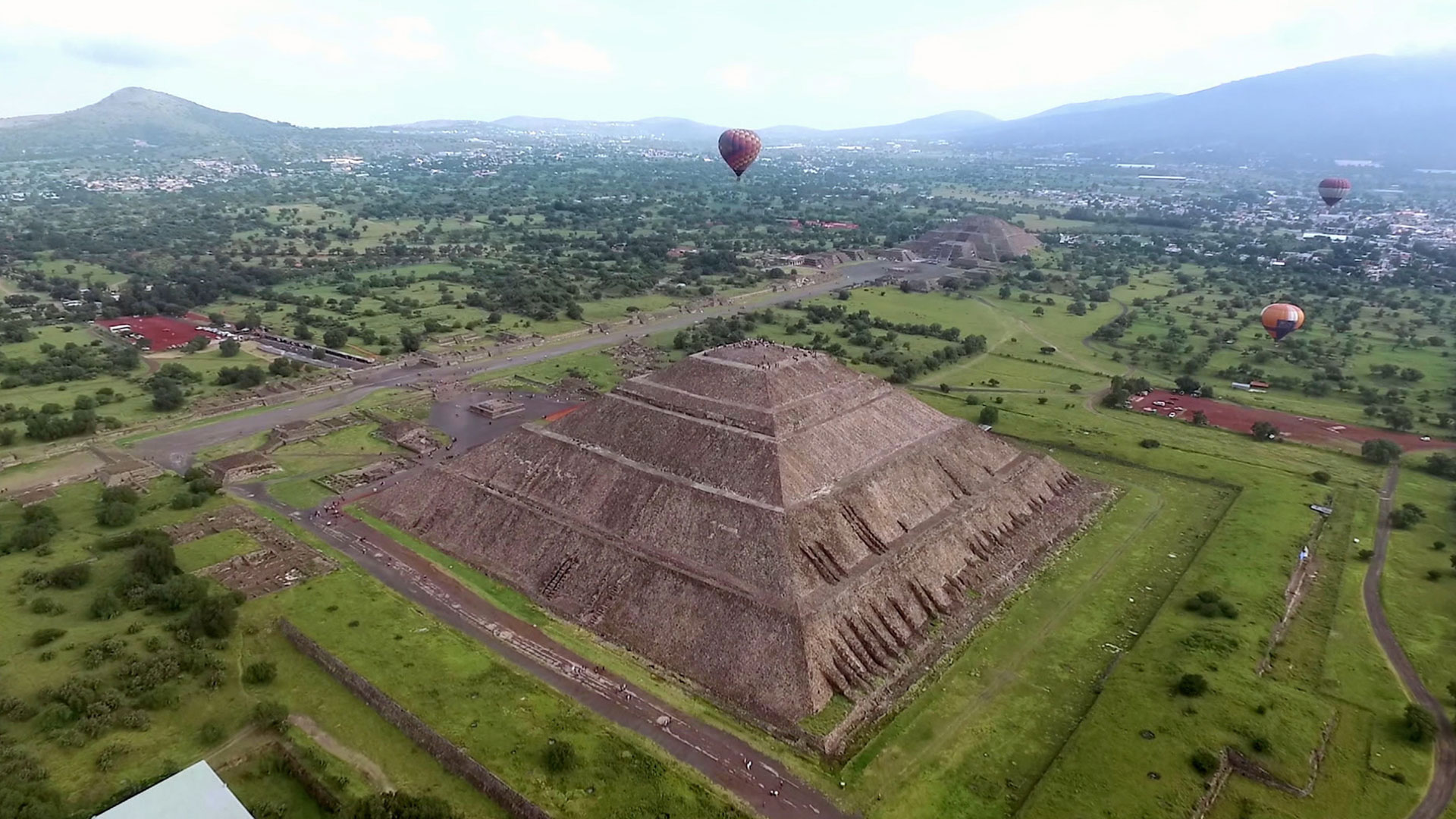 City of the Gods

The ancient site of Teotihuacan in central Mexico--which the Aztecs called the "City of the Gods"--is one of the world's greatest mysteries. To this day, no one knows who built the metropolis or what happened to its occupants, but based on evidence that has recently been unearthed, Ancient Astronaut theorists suggest it was once home to a highly advanced, perhaps extraterrestrial, civilization. The many structures that still stand in Teotihuacan appear to be encoded with advanced mathematical and cosmic principles, and the layout precisely mirrors the positions of the planets in our solar system. Modern excavations at the site have unearthed discoveries of liquid mercury, walls lined with mica, and strange golden-spheres containing unknown substances--all of which are out of place in the ancient world. Could these artifacts be the remnants of an alien society? Perhaps even an extraterrestrial spaceport?