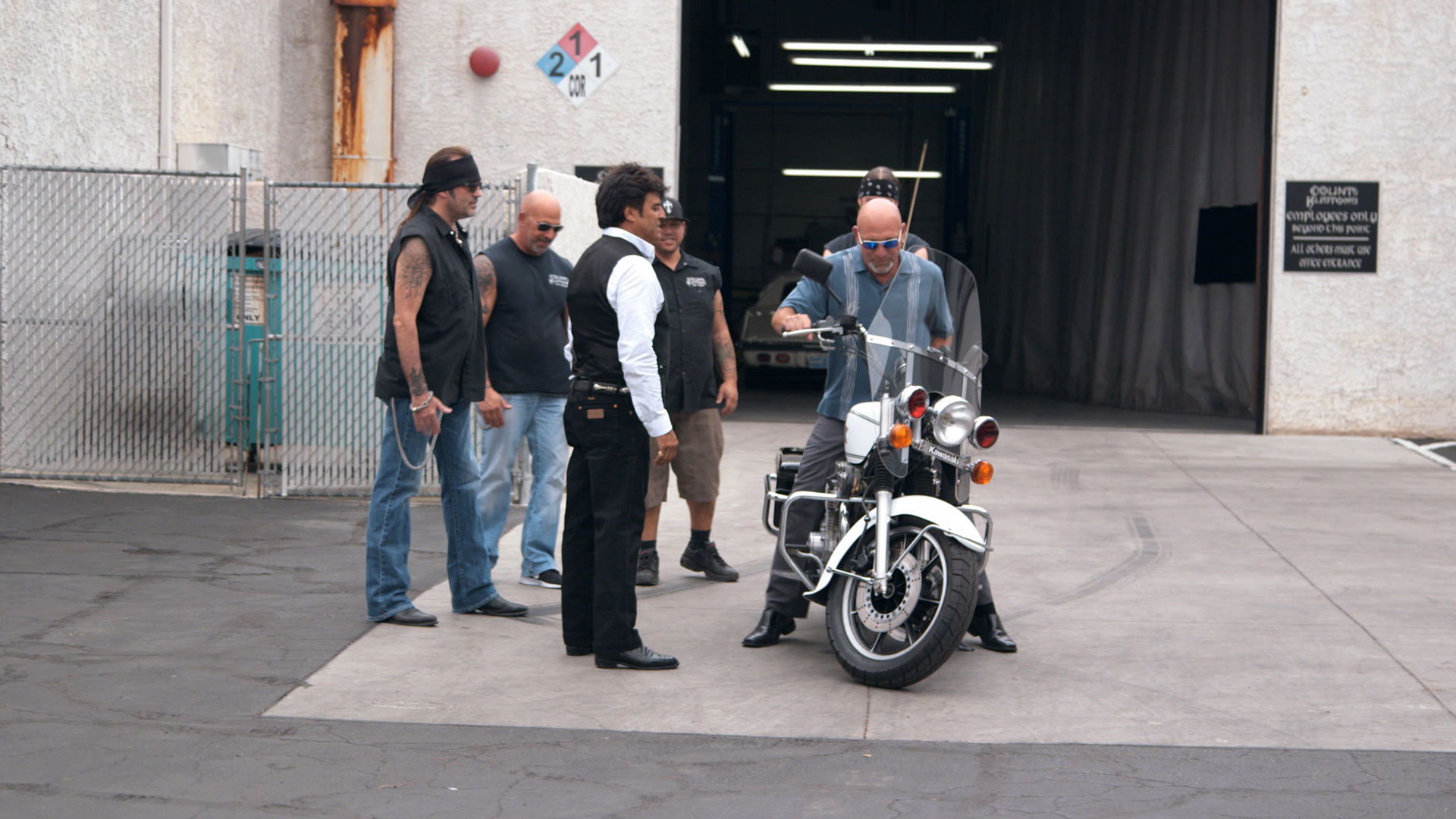 Kevin’s brother Steve wants a 1980 Kawasaki KZ100 motorcycle tricked out just like the ones on the classic TV series, CHiPs. He and Danny try to keep the project a secret, but Kevin finds out and plans a surprise of his own, and no one can believe who rides the bike out in the end! Ryan and Mike pull over a 1961 Ford Falcon that’s built for the dragstrip, and Danny sets his sights on a classic Grand Prix that he thinks will make a perfect flip for the shop.