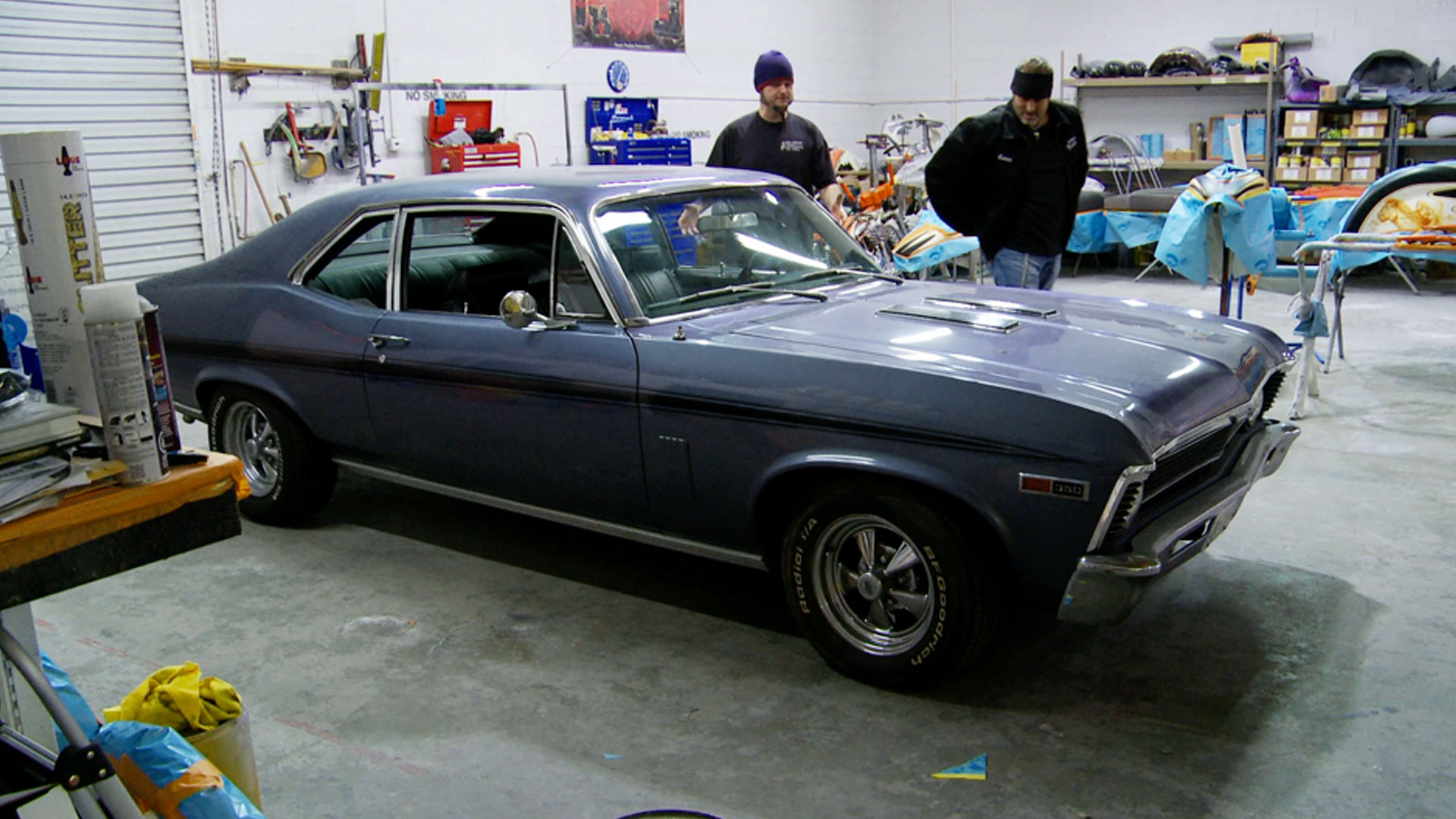 Danny and the team are commissioned to turn a 1969 Chevy Nova into a dream machine. The budget is big but not big enough. But once Danny commits, he’s all in and decides to do whatever it takes to make this one of the world’s baddest Novas. While the car spends countless hours in the body shop, Ryan and Mike find a ’73 Cougar convertible said to belong to Hollywood Royalty. Later, Ryan and Kevin go on the hunt and stumble upon a rare 1952 British motorcycle.