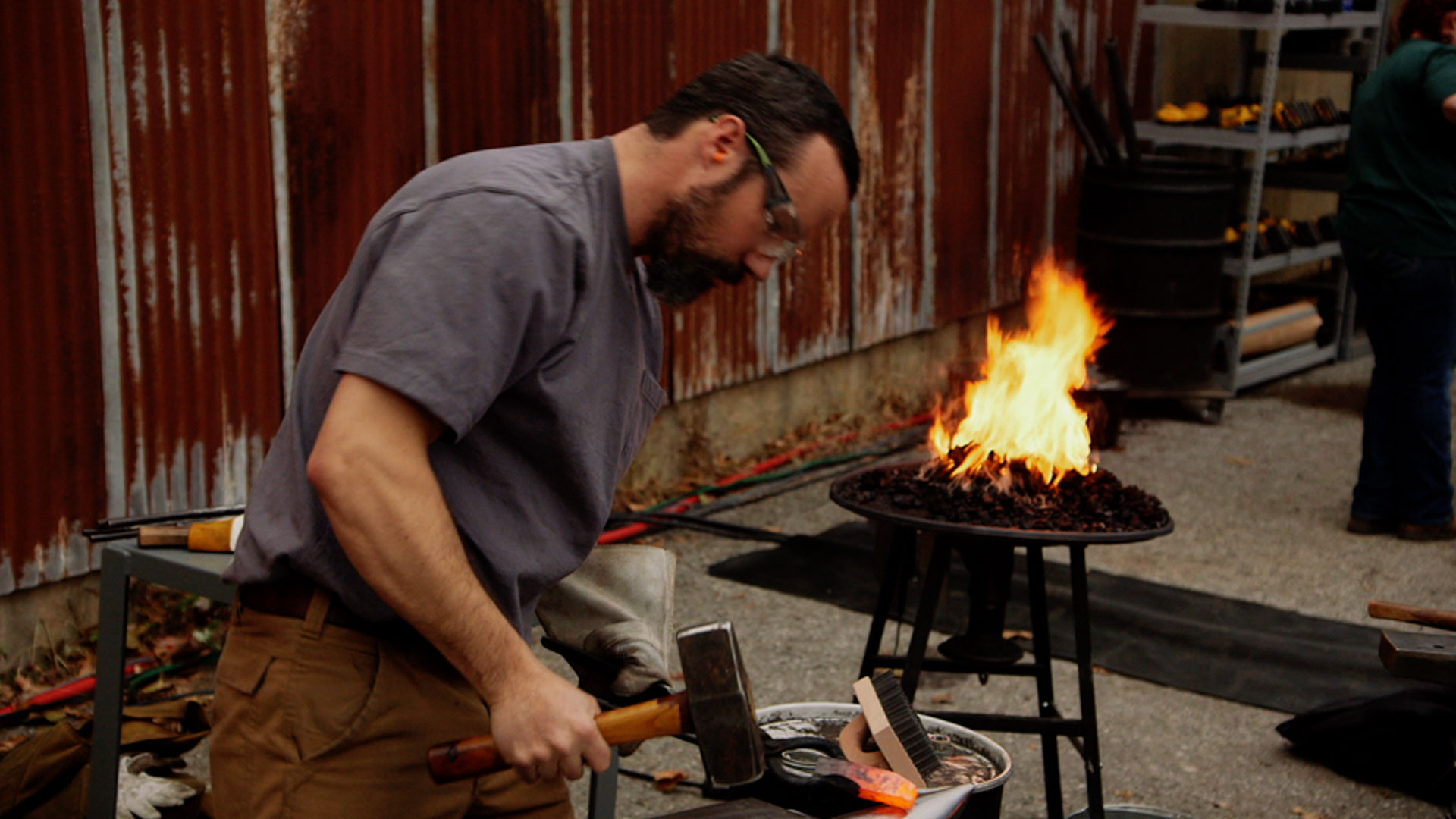 In this first half of a two-part Road to Redemption competition, seven past competitors who fell short return to the forge for a second chance at glory and redemption. But these smiths aren’t merely trying to beat one another: for the first time ever, they’ll have to create four different weapons and survive four rounds of testing in order to earn the title and a $20,000 prize. The bladesmiths begin outside using the dreaded coal forge. Many battle burnt metal, and one competitor will never even make it into the Forge. After a round of testing, five smiths return to their home forges to create a perfect competition chopper. Which four will produce blades that perform and keep their quest of becoming a Forged in Fire Champion alive?