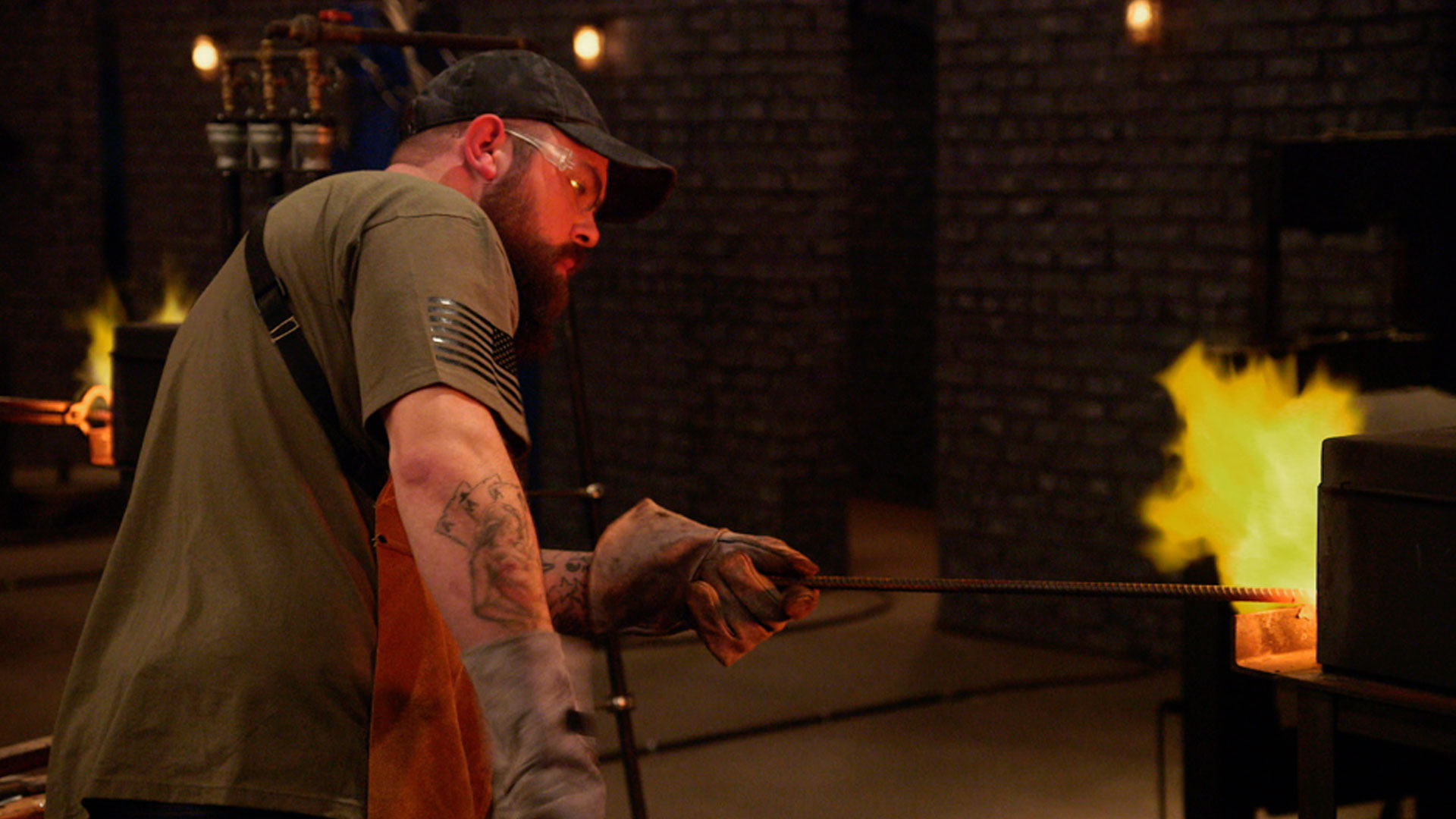 In a special five-part competition, top bladesmiths from each branch of the US military – Army, Air Force, Marines and Navy – compete to earn a spot representing their branch in a battle for our biggest prize ever: $50,000. Round one belongs to the Army, as four soldiers must forge a special forces V-42 stiletto. After a ruthless bout of testing, two smiths are dispatched to their home forges to build a US Army Officer’s Sword. The winner secures a place at the Army Anvil competing in the Battle of the Branches finale, where victory brings pride, glory, and a $50,000 grand prize.