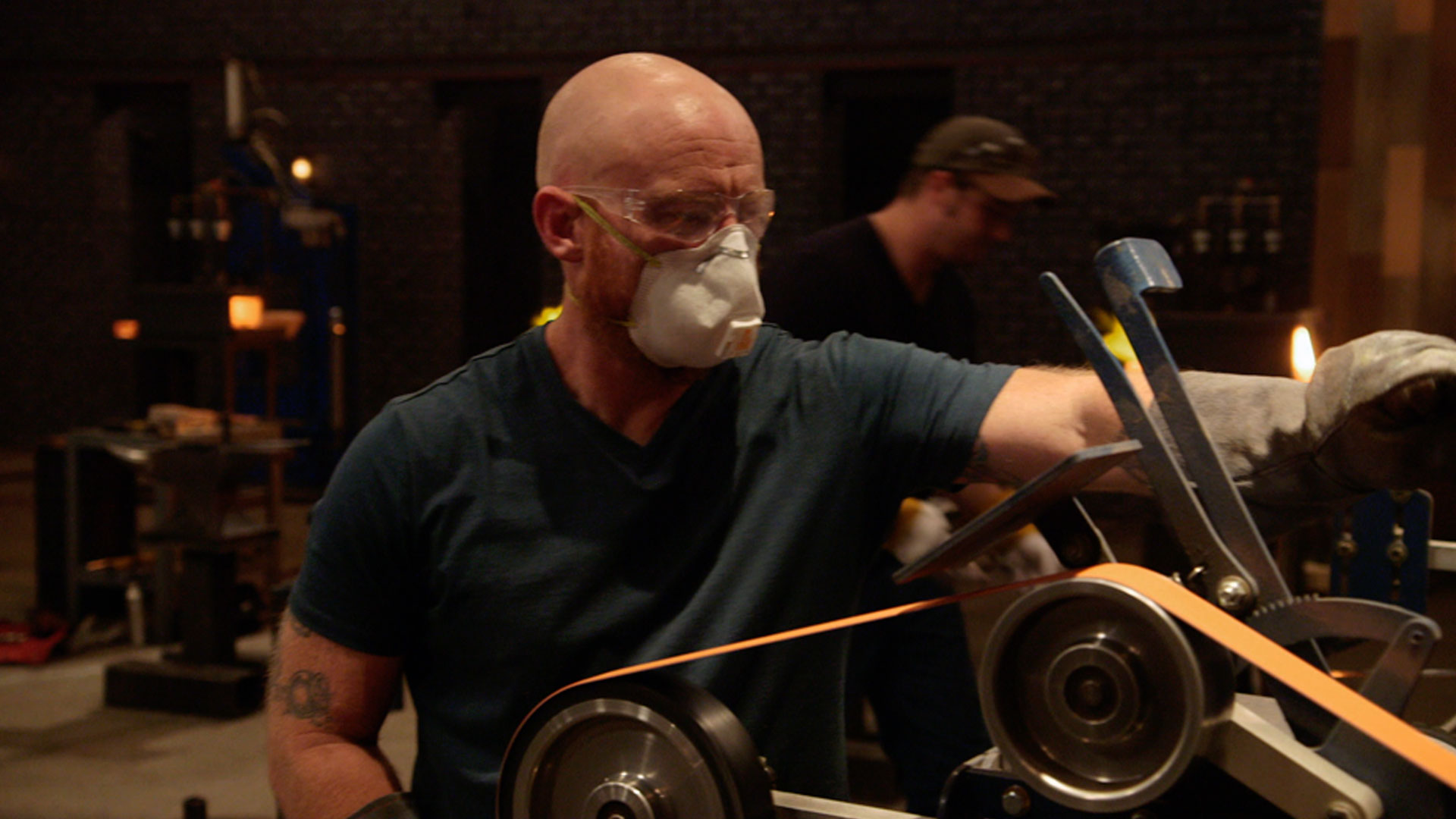 Four bladesmiths take a stab at history when they are tasked with recreating an iconic fighting knife from the 20th century: the Fairbairn Sykes. However, replicating the blade is only half the challenge--they must also combine three different sizes of W1 round stock to forge their weapon. After battling forge welds and parameters, one smith falls victim to a costly mistake. Two smiths make it through a brutal round of testing and head back to their home forges to recreate another iconic World War II weapon: General Yamashita's Gunto. Which smith's blade will make it to the front lines, earning them a check for $10,000 and the title of Forged in Fire Champion?