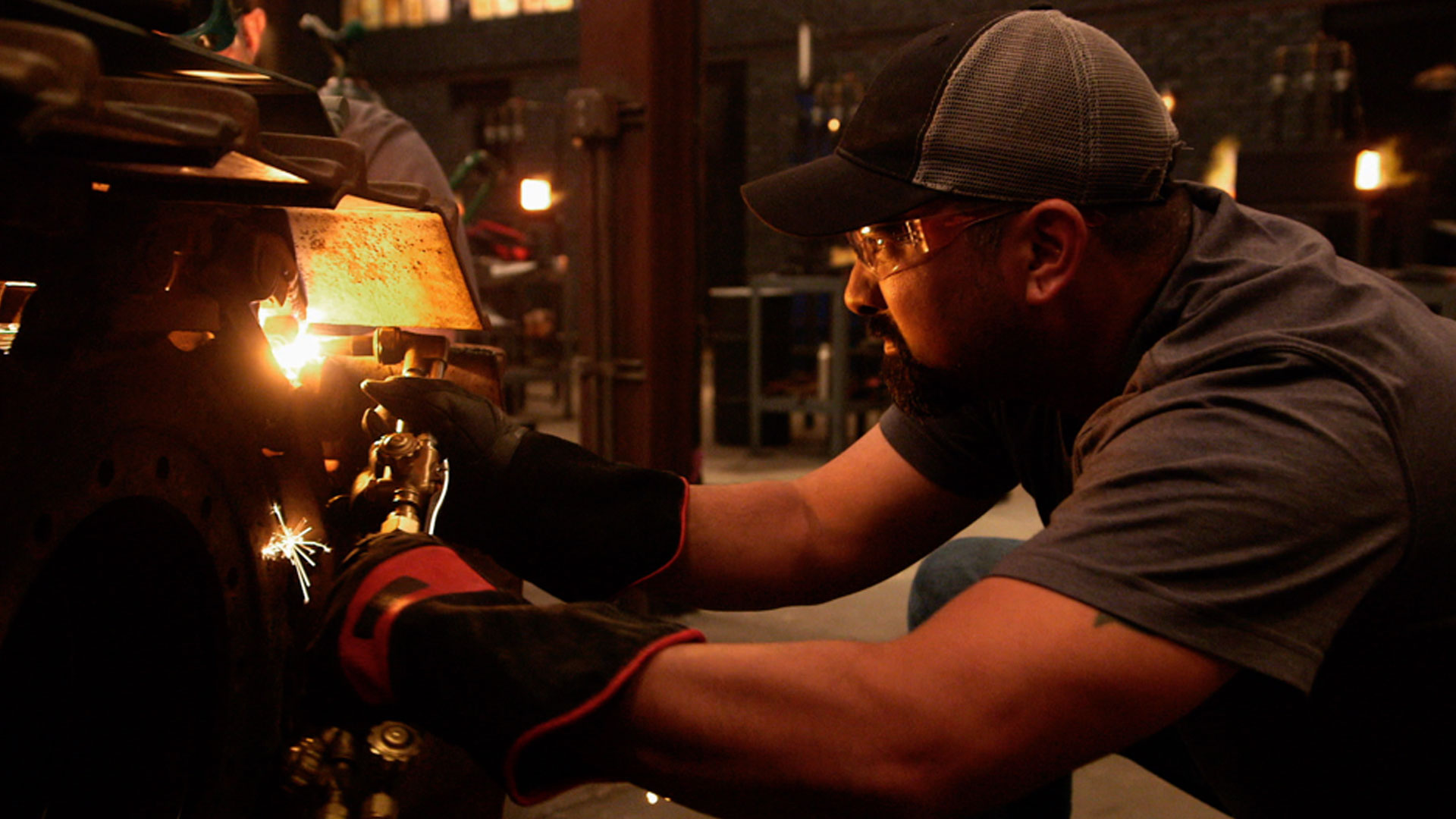 In honor of Veteran’s Day, four bladesmiths pay tribute in a special military themed competition, forging their blades from the biggest salvage yet–a panzer tank. The competitors find themselves in a war of welds and warps, combating the clock in an effort to produce knives strong enough to survive the brutal testing. The remaining two smiths continue the fight at their home forges where they have just four days to recreate the Scottish Backsword as famously wielded by Captain Mad Jack Churchill in World War II. Which smith will honor the troops with a weapon worthy of earning $10,000 and the rank of Forged in Fire Champion?