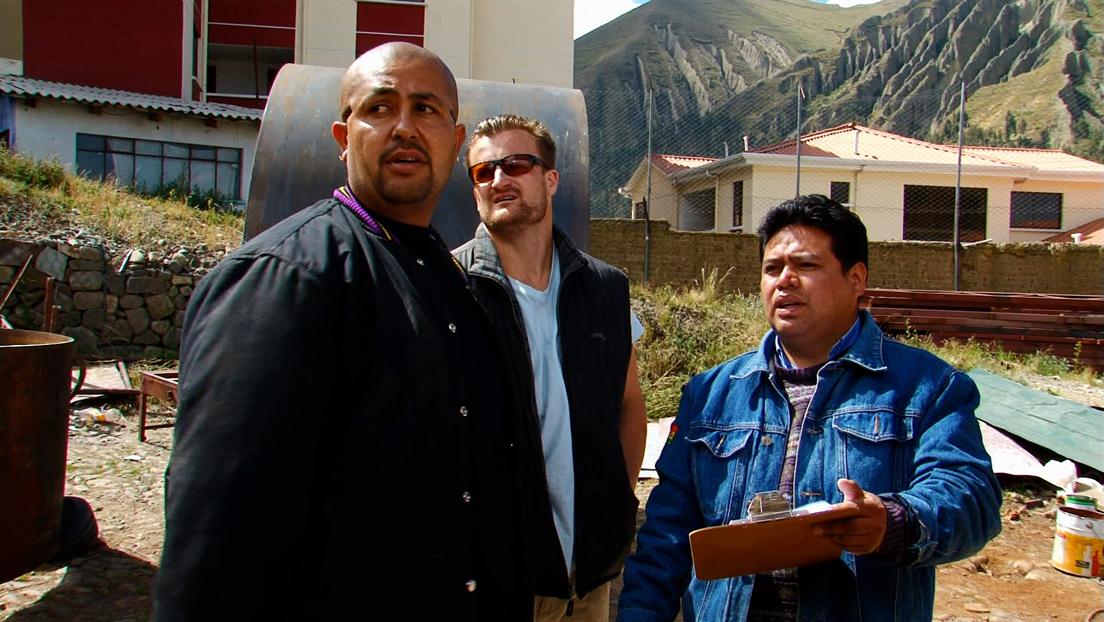 Trucker Lisa Kelly gets a look at her new partner, Texan long-hauler G.W. Boles, and G.W. gets a look at some of the deadliest roads on the planet in his first outing as Lisa’s spotter. Hugh Rowland, still trucking solo, does his best not to play demolition derby in a local market with his giant truck. Rookie Tim Zickuhr gets his first shot at the Death Road, and with rookie spotter Tino Rodriguez riding shotgun, the young team struggles to keep their over-sized load from falling off the truck, or worse, pulling them off the cliff.