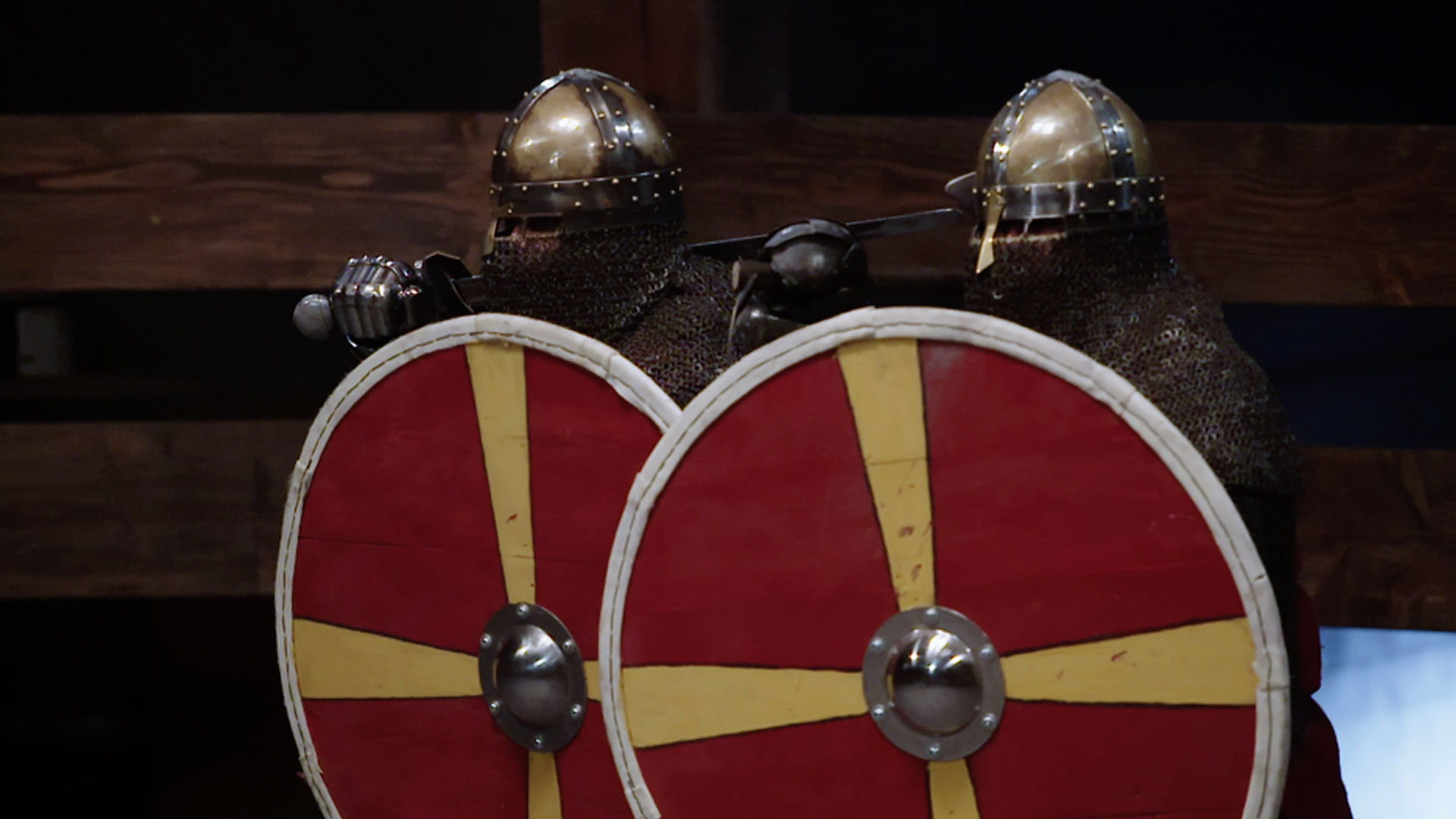 Six experts in the techniques of armored combat test their skills against each other while suited in armor and using weaponry of the past. The six-man Grand Melee will narrow these fighters down to four who will compete in a two-on-two Team Melee. Here they will take on armor and weaponry from the legendary battles of the Normans and the Saxons of the early 11th Century. The winning team will be split up and fight in a final Duel using the elegant yet deadly Danish Bearded Axe. Who will win in this battle for the ages, collect his $10,000 purse, and move on to the season-ending Knight Fight Tournament Championship?