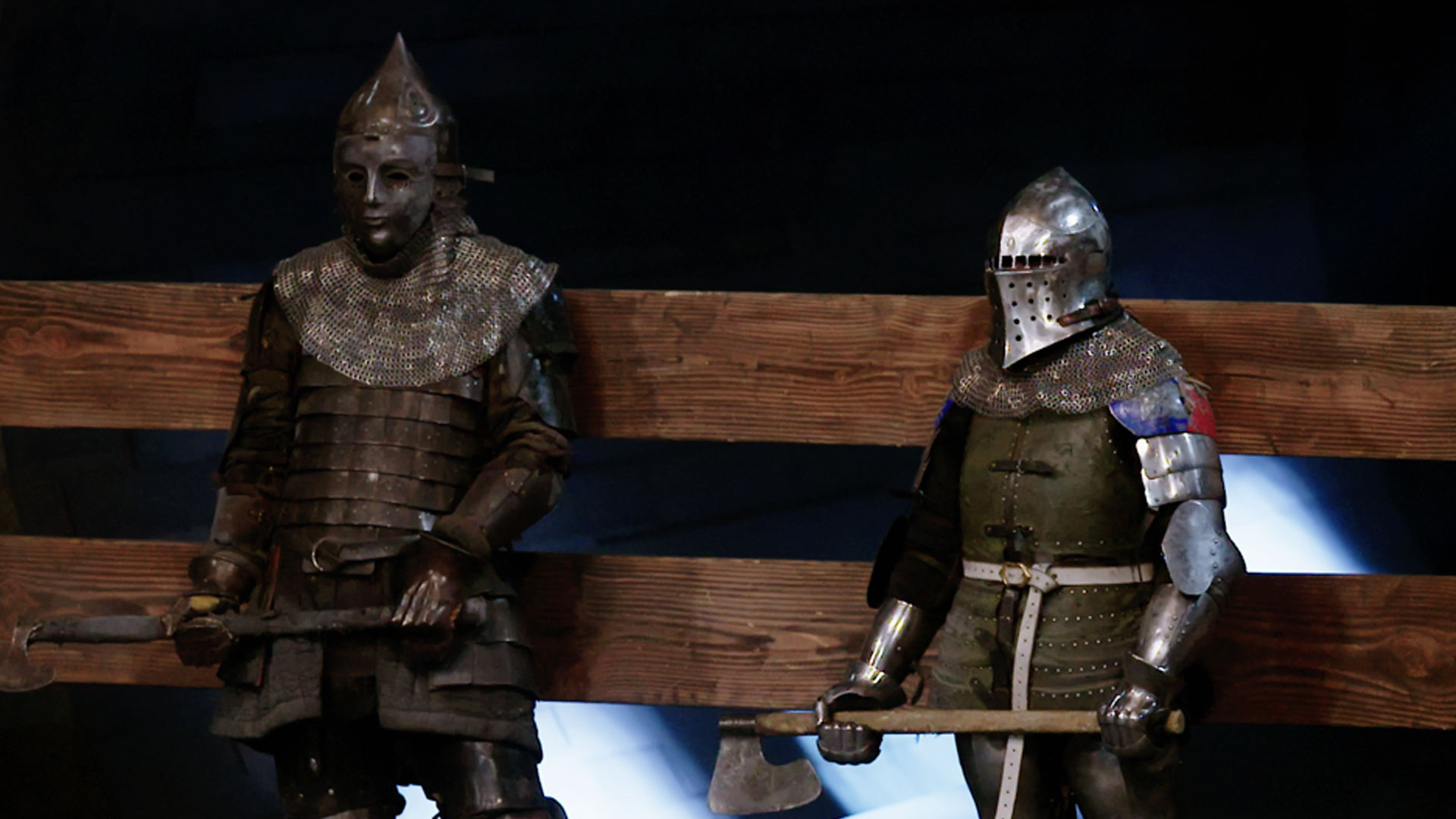 Seven champions face the toughest fight of their lives in the epic culmination of this armored combat tournament. As tough as the competition has been, these apex predators, America’s greatest armored combat warriors, have never endured a battle like this. Facing off in a seven-man Grand Melee, one will be eliminated and the six remaining will then fight in a first-ever Three Team Melee. The four who are left standing will fight in a two-on-two Team Melee which decides who will battle in the final Duel. This ultimate Duel will have three Heats, with three ferocious weapons–the fearsome Flamberge, the double-headed Battle Axe, and the two-handed War Mace. Only one man will emerge victorious and walk away with the Knight Fight Tournament Champion’s Golden Helm and $20,000.