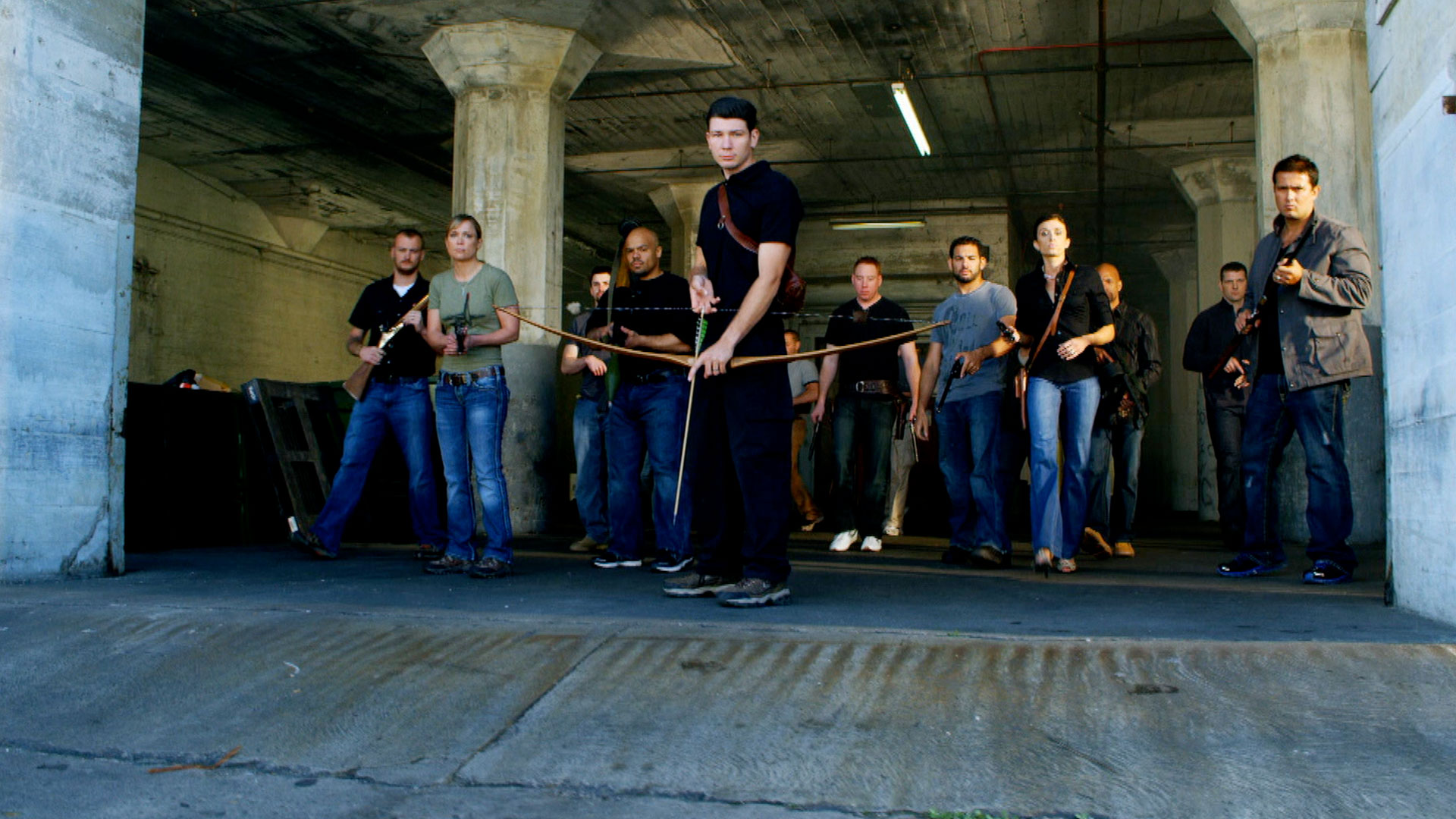 The Season Three premiere begins with a shoot off between pairs of contestants using what many consider the most powerful hand gun in history. The winners will form one team and the losers the other. The first team challenge is a race where each team must carry a pole weighing over 200 pounds between eight foot tall firing platforms. The elimination challenge is inspired by the stagecoaches of the Old West. Skilled sharp shooters armed with shotguns and rifles were recruited to ride atop the coaches and protect their cargo. Hence the term “Riding Shotgun.” The two contestants competing to stay on the show have to master the extremely difficult skill of shooting while bouncing up and down in a stagecoach with the loser being sent home. Colby Donaldson hosts.