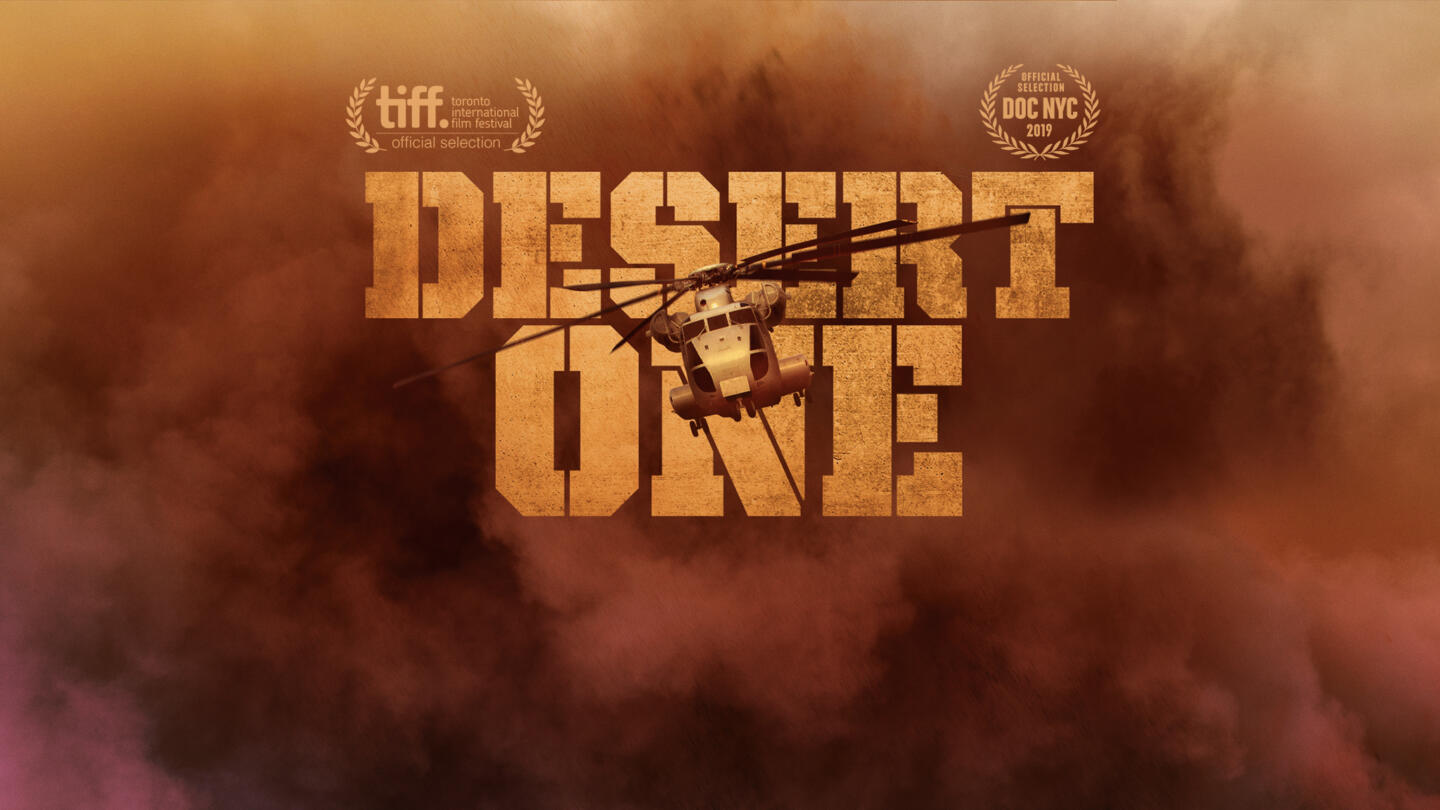 Using new archival sources and unprecedented access to key players on both sides, master documentarian Barbara Kopple (Harlan County, USA) reveals the true story behind one of the most daring rescues in modern US history: a secret mission to free hostages captured during the 1979 Iranian revolution.

It has been called “the most audacious, difficult, complicated, rescue mission ever attempted.” Desert One ​uniquely blends emotion and bravado to tell the incredible tale of America’s secret mission to free the hostages of the 1979 Iranian revolution. Two-time Academy Award®-winning filmmaker Barbara Kopple discovers a wealth of unearthed archival sources and receives unprecedented access, engaging in intimate conversations with many of the soldiers closest to the story, some for the first time, as well as President Jimmy Carter, Vice President Walter Mondale and TV newsman Ted Koppel. Evocative new animation brings audiences closer than anyone has ever gotten to being on the inside for this history-making operation.

This is the thrilling story of a group of Americans working together to overcome the most difficult problem of their lives. Among those Americans is President Jimmy Carter, readying to face a re-election challenge when self-described student revolutionaries suddenly take power in Iran. Anti-American students take the U.S. embassy in Tehran by force and hold hostage fifty-two American diplomats and citizens. If the president takes aggressive military action, as many pundits advocate, he believes the hostages will be killed. That outcome is simply not one he is willing to accept. Publicly he takes a posture of pursuing diplomatic talks as his only answer, knowing this will create a perception of weakness that may be exploited by his opponents, but in secret he green-lights the training for a rescue mission.

Like President Carter, America’s Special Forces are also in uncharted territory as they ready for this one-of-a-kind operation. “Special ops” are today used with great frequency by the U.S. military, but then few had been attempted — and none of such scale and complexity. Those who volunteer for the mission are forced to largely invent from scratch the techniques and strategies to accomplish Carter’s goal. They know what faces them is daunting, but they are driven by a deep empathy toward the kidnapped Americans in Tehran. Someone has to have “the guts to try,” they tell themselves, and they determine they will be the ones. Most have never worked together, drawn from several different military branches. Lingering doubts begin to fade as they train for the mission. News of the crisis dominates their TVs most nights, yet they cannot tell their families what they are about to undertake. Finally, the day arrives, April 24, 1980, and the heart-pounding and unforeseen events experienced by this rare group will forever unite them.

“It was touching and revelatory for me to find another side of these special ops soldiers and Iranians that we don’t often see,” says director Barbara Kopple, “to sit down for such personal conversations with so many about a story that still clearly matters very much to them.” She takes a humanistic approach to a thrilling story, drawing out insider details that offer new understandings about what took place. Reflecting back on their experiences all these years later, fresh emotion and insights surface, not only from military warriors and the Carter administration but also former hostages, the families back home and, perhaps most powerfully, people of Iran.

This is not only an American story but an Iranian one. Kopple brought on an Iranian crew for original filming inside that country, finding many touched by these events who had for too long been overlooked. One extraordinary new account comes from an Iranian man who had been an 11-year-old boy riding a bus through the desert on the night of the mission, when his family was detained by American soldiers.

At a moment when tensions once again rise between the governments of Iran and the U.S., old wounds remain painfully current for many on each side who detail their recollections in ​Desert One ​– but talk of hope also emerges, that the lessons of the past might finally guide us to a better future.

Go to Greenwich Films for screening schedule and ticket information.

Read More: A Timeline of the Events of Desert One

How the Iran Hostage Crisis Became a 14-Month Nightmare for President Carter and the Nation
By submitting your information, you agree to receive emails from HISTORY and A+E Networks. You can opt out at any time. You must be 16 years or older and a resident of the United States. More details: