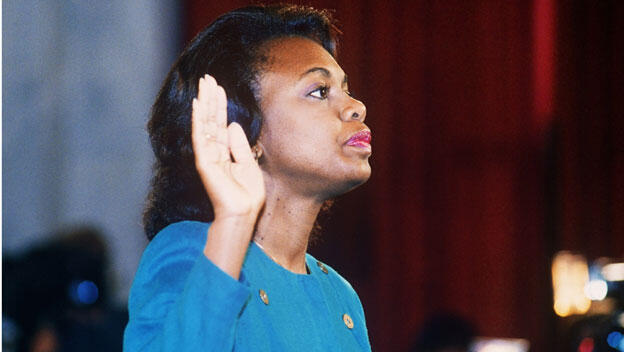 In October 1991, while the Senate Judiciary Committee was deliberating over the final vote on U.S. Supreme Court nominee Clarence Thomas, Anita Hill stepped forward with accusations of sexual harassment against Thomas. As a result, the committee held three days of investigative hearings. In her nationally televised and broadcast statement, Hill testifies about the alleged harassment.