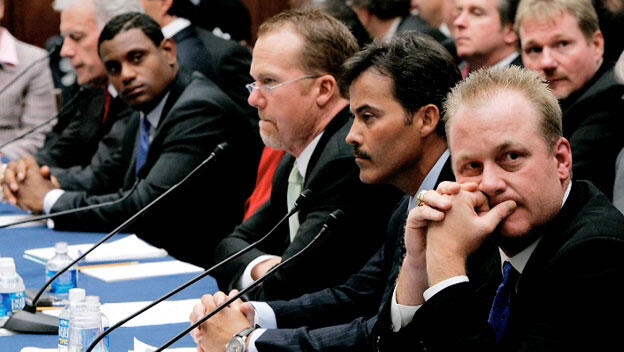 In order to pressure major league baseball to toughen its policy against steroid use, the House Committee on Oversight and Government Reform holds an 11-hour hearing on March 17, 2005, during which seven former and current baseball players are questioned. In response to Rep. Henry A. Waxman's accusation that all the players must have known about steroid use in the club houses, Sammy Sosa and Rafael Palmeiro offer denials, Jose Canseco provides confirmation without a doubt and Curt Schilling is on the fence.