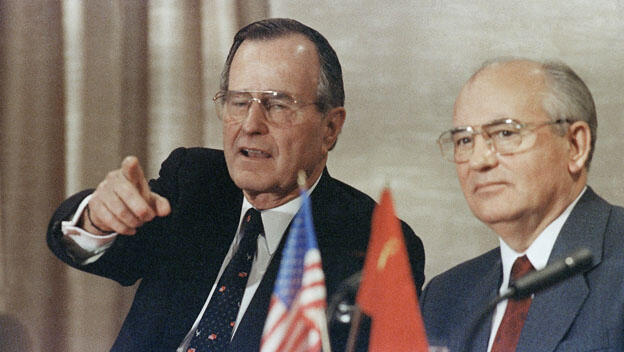 President George H. W. Bush and Soviet leader Mikhail Gorbachev declared an end to the Cold War at the Malta Summit on December 3, 1989. At a joint press conference aboard the Soviet passenger liner Maxim Gorky in Marsaxlokk Harbor, President Bush speaks about his hopes for a cooperative U.S.-Soviet relationship.