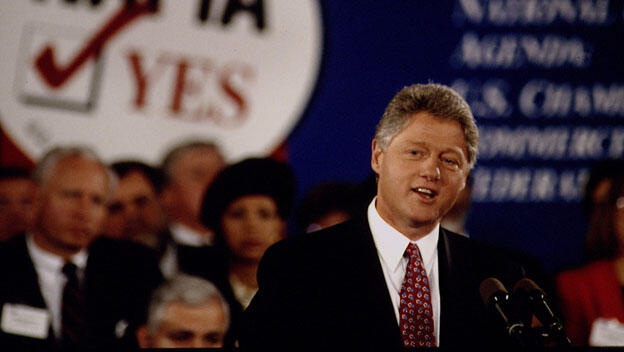 On December 8, 1993, before President Bill Clinton signed the North American Free Trade Agreement, he delivered a speech about the gains to be made. Prior to its ratification, the agreement, which removes most barriers to trade and investment among the United States, Canada and Mexico, was hotly debated in Congress.