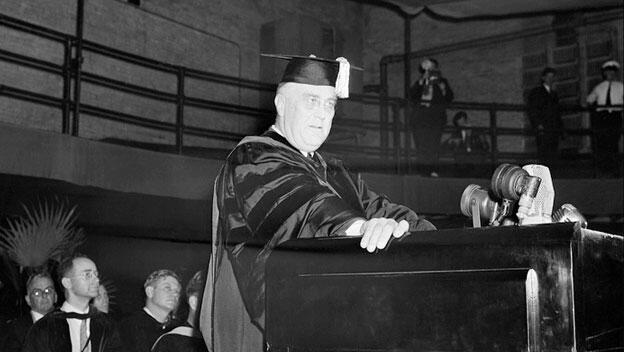 Franklin D. Roosevelt's "Stab in the Back" Speech

On June 10, 1940, as President Franklin D. Roosevelt prepares to deliver the commencement address at the University of Virginia where his son is graduating with a law degree, Italy declares war on France and Great Britain. Rather than deliver his prepared speech, Roosevelt instead expresses his opposition to Mussolini's move and calls on America to end its isolationism.