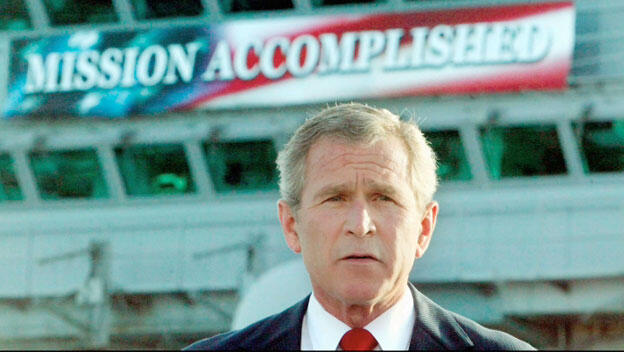 From aboard the aircraft carrier USS Abraham Lincoln on May 1, 2003, standing directly under a "Mission Accomplished" banner, President George W. Bush declares, "In the battle of Iraq, the United States and our allies have prevailed." Bush's claim of victory in what became known as the "Mission Accomplished" speech drew criticism as the war in Iraq continued for several years thereafter.