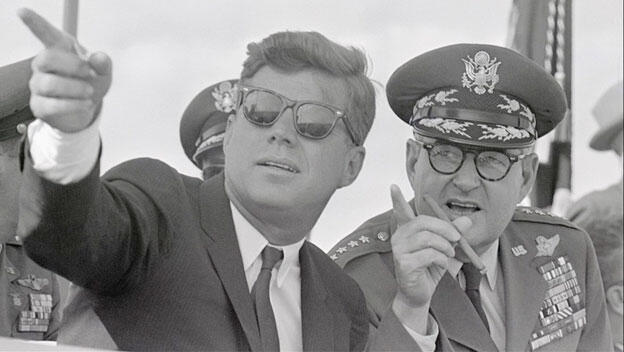 In a secretly recorded meeting on October 19, 1962, President John F. Kennedy discusses the Cuban missile crisis with his military advisors. After criticizing Kennedy’s call to blockade the island as too weak a response, Gen. Curtis LeMay, Air Force chief of staff, tells the president that his refusal to invade Cuba would encourage the Soviets to move on Berlin.