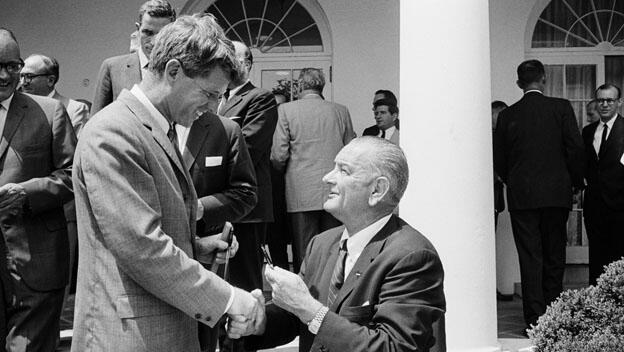 In a recorded telephone conversation on November 3, 1964, President Lyndon B. Johnson discusses that night's election results with Robert F. Kennedy, who has just won his Senate race in New York. Johnson speculates about the outcome of his presidential race and asks Kennedy to offer congratulations to his brother Edward for his Senate win in Massachusetts.