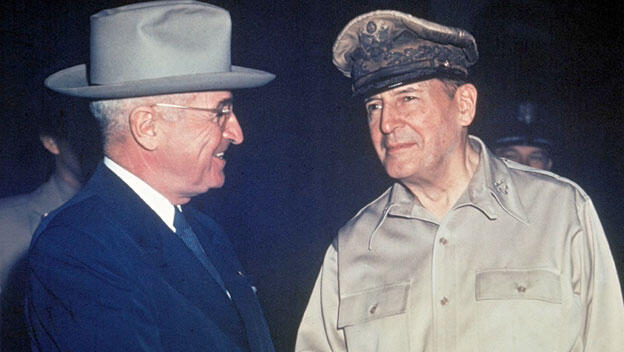 On April 11, 1951, President Harry Truman relieved Gen. Douglas MacArthur of his command due to their disagreement over the handling of the Korean War. On April 19, 1951, after 52 years of military service, Gen. Douglas MacArthur delivers a farewell address to Congress, setting off a controversy among congressional members over whether or not the Joint Chiefs of Staff had approved the MacArthur plan for operations.