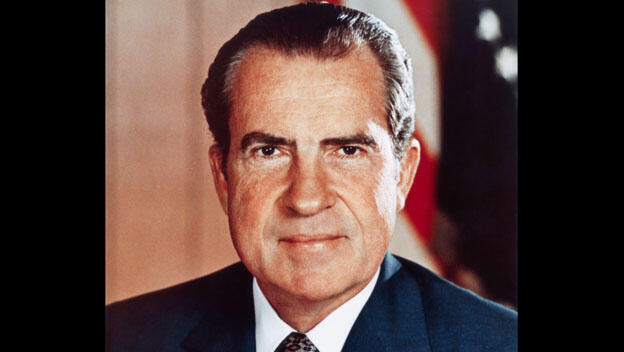 A secretly recorded conversation between President Richard Nixon and his aide H.R. Haldeman on June 23, 1972, reveals the president's involvement in the Watergate break-ins and cover-up. During the conversation, which became known as the "Smoking Gun," Nixon and Haldeman discuss telling Deputy CIA Director Vernon Walters to interfere with FBI Acting Director Pat Gray's investigation. They also mention Mark Felt, then an FBI deputy, who 30 years later revealed himself to be the Watergate whistle blower known as Deep Throat.