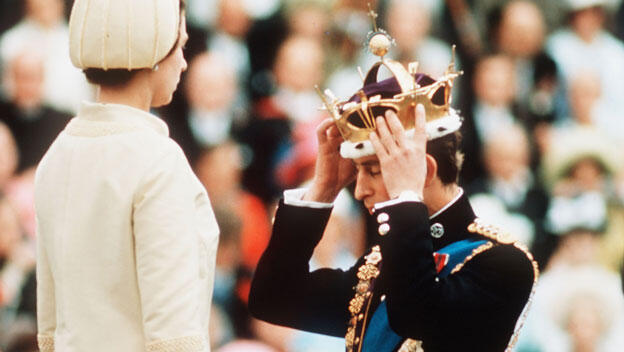 At Caernarfon Castle in Wales, Prince Charles was invested as the Prince of Wales. This title, given to him on July 1, 1969, made him the next heir to the British throne after his mother Queen Elizabeth II. In preparation for his investiture, he studied Welsh at the College of Wales. As Queen Elizabeth continued to reign, Prince Charles formed the Prince's Trust, which helped over 200,000 disadvantaged young people find jobs.