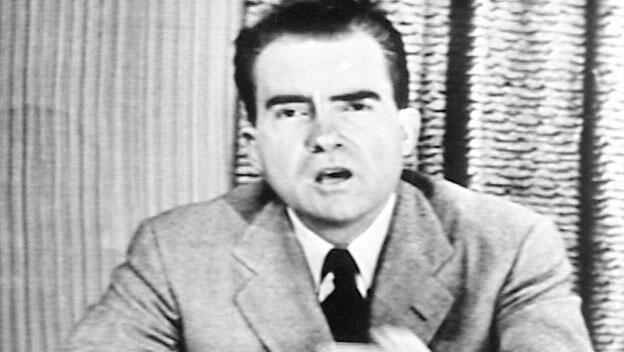 On September 23, 1952, as a candidate for vice president, Richard M. Nixon appears on national television to defend himself against reports that he had taken $18,000 from his supporters for his personal use. In his defense, he denies personal use of any funds, with one exception: the family dog, Checkers, which was given to Nixon as a gift.