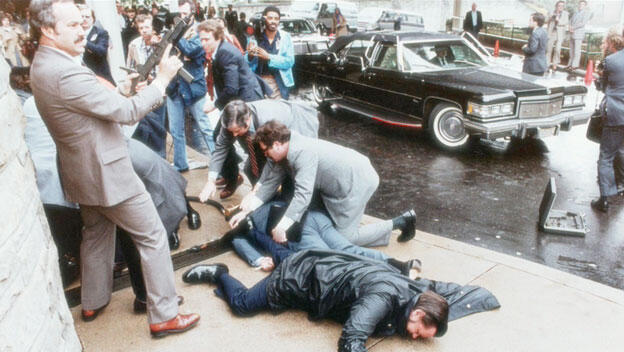 On March 30, 1980, two months after he took office, President Reagan was shot by John W. Hinckley Jr. in an assassination attempt. The Secret Service communicates by radio as the scene unfolds, first describing Reagan (code-named Rawhide) as being okay, then coming to the realization that he is hurt and must be taken to the hospital.