Lesley Kennedy
The Cast of SIX share their powerful thoughts on why they are proud to represent SEAL Team Six. Watch the interview, brought to you by our partner Wounded Warrior Project.

The following content is brought to you by our partner, the Wounded Warrior Project.

For Brett Miller, cycling had not only been a form of fitness, but his escape. A firefighter for 17 years before joining the National Guard in 1988 to help pay for college, he was conducting security operations in Iraq when a roadside bomb detonated 6 feet from his Humvee, causing traumatic brain injury, brain bleed and other injuries that left him partially paralyzed.

“I wasn’t sure I’d ever be able to ride again with all my injuries,” he says. “I was blind in one eye, I had really bad equilibrium problems and I was hemiplegic, which essentially means half-paralyzed, on my left side.”

While in recovery, Miller was approached by the Wounded Warrior Project and asked to take part in a Soldier Ride, a four-day cycling experience offered by the organization that connects warriors and positively pushes their physical and mental limits. Soon, Miller, 43, who lives in Camp Sherman, Ore., was going on the rides once a month, which he would continue for two years.

Now, not only has he been a member of a race-winning cycling team, he’s taken what he has learned about making a comeback and created Warfighter Outfitters in 2013, an organization that provides hunting, fishing and other opportunities to disabled vets, free of charge.

And that’s exactly the kind of result Wounded Warrior Project aims for, helping vets to help themselves, even after deeply difficult experiences, and ultimately, transitioning into their communities.

“If it can save one guy from being a statistic, it’s worth it,” Miller says. “We’ve had guys come over for a fishing trip and now they’re on our board of directors. We’ve had guys come on a trip and end up buying a drift boat to do trips for other veterans. There are stories like that every season.” 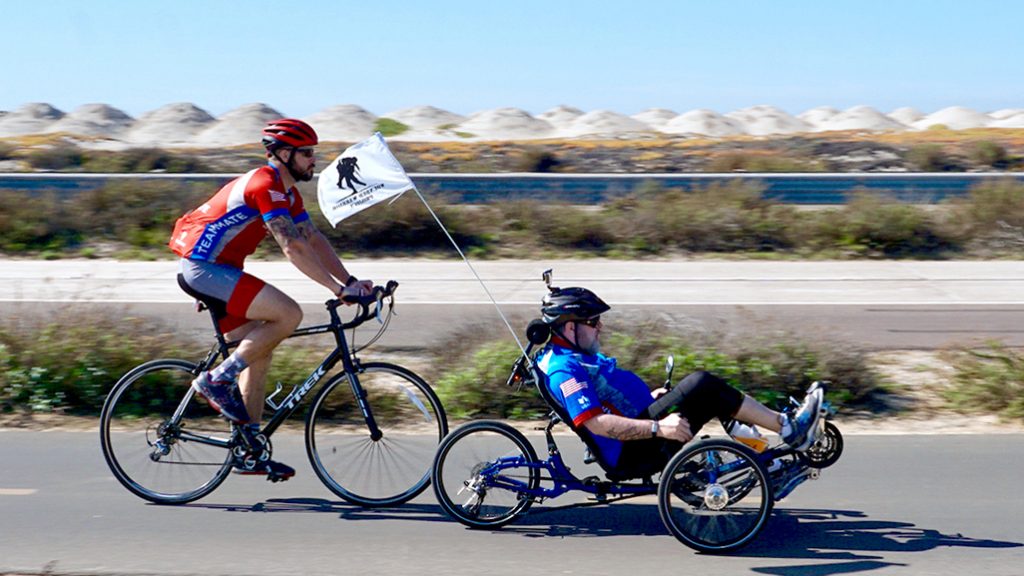 “WHERE THE HEALING BEGINS”

“Involvement in community events such as  Soldier Ride is vital to many wounded veterans as they adjust back to civilian life,” says Mike Linnington, CEO of the Wounded Warrior Project, a group that connects, serves and empowers wounded warriors.

“Communities are really key to warriors’ reintegration, transition and recovery,” he says. “When service members are deployed, they’re part of a tribe, so when they come back to civilian life they have to find ways to reform that tribe. Much more can get done when we work together—and that’s really where the healing begins.”

For Miller, that began with getting back into biking.

“I was going to different states across the nation riding a bike with other guys who were in the hospital, same as me,” he says. “It takes you back to that squad mentality and no matter how tough it was, we would always manage to get it done and finish what we were trying to accomplish.” Those rides led the Wounded Warrior Project to ask Miller to become a member of its 2012 Race Across America team, in which he joined eight other disabled vets in a seven-day coast-to-coast ride. They ended up beating six non-disabled cycling teams.

Since 2003, Wounded Warrior Project’s mission has been to honor and empower America’s wounded service members who served on or after Sept. 11, 2001, including 480,000 servicemen and women physically injured in military conflicts, 400,000 living with invisible wounds such as PTSD and depression and 320,000 dealing with debilitating brain trauma. The national nonprofit works to meet the needs of warriors, as well as their families and caregivers, and a big part of that is concentrated toward social engagement. 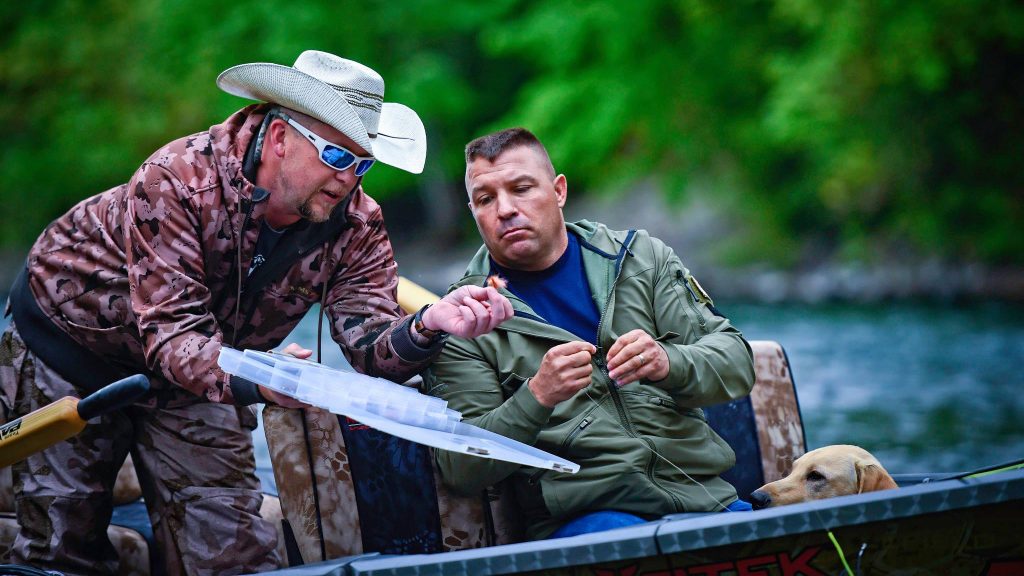 Linnington points to more than 40 Wounded Warrior Project peer support groups across the country; work with other partners, nonprofits, vet groups and community projects; events such as Soldier Ride; health and wellness programs; and fun family outings as efforts to help get warriors back into social situations. “Just being out there and having a new sense of purpose really starts the path to recovery for many of our wounded warriors,” he says.

The Wounded Warrior Project’s 2017 annual survey of more than 34,000 men and women served by the organization found the unemployment rate of non-active duty warriors improved to 13 percent and one in three warriors have earned a bachelor’s degree or better. But 77 percent reported PTSD as their main health challenge, and almost half indicated physical or emotional problems interfered with their lives all or most of the time. Linnington says 80 percent of those surveyed responded that social engagement and social support was most important in their recovery.

“Forming those bonds of comradery re-establishes that sense of purpose that wounded warriors had when they were in the military—that brotherhood, that sisterhood—based on trust and shared adversity,” he says. “It gets them out of isolation, off the couch, out of the basement, in the fresh air and then, together, they realize they’re not alone.”

Miller says community programs such as Soldier Ride taught him that life wasn’t over—and led him to found the nonprofit Warfighter Outfitters in 2013, an organization that provides hunting, fishing and other opportunities to disabled vets, free of charge. Miller says the group served more than 2,000 veterans last year, using grant money to pay for the boats, equipment and trips, which have taken place in 14 states and more than 28 different bodies of water and would cost anywhere from $600 to $1,200 a person a day.
“The whole military ethos is helping each other out and I’d like to think even though I’m not in the military I’m still helping those guys by doing what we’re doing. Whether it’s giving them a little bit of immersion into something different or something they might pick up as a hobby or getting them outside of the house or even preventing a suicide statistic, even though I’m not technically in the military now, I think it’s still serving.” 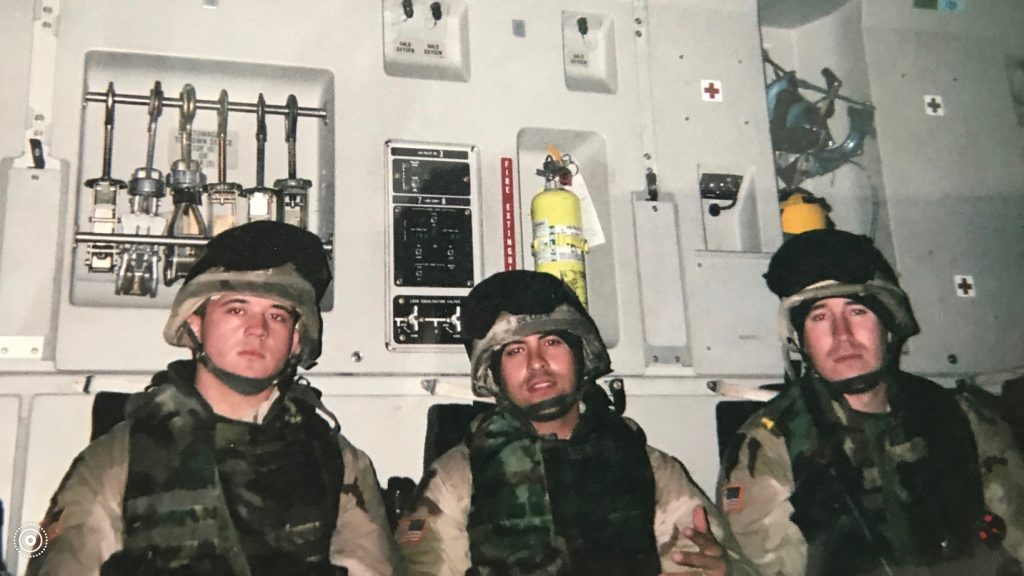 “I WANTED TO FIND EVERY WAY TO GIVE BACK

Carlos De Leon was at a turning point. As a teen growing up in the notoriously high-crime city of Lawrence, Mass., he’d been kicked out of school and had tried living with his father in Puerto Rico, but was forced to return stateside after Hurricane George destroyed their house in 1998. Back in Lawrence, he found himself in and out of trouble again. And then his cousin—his constant companion—was shot in the head.

“Growing up was a struggle,” he says. “So many things in my life were just surrounded by chaos. And then I found myself in a situation where I could retaliate and end up in prison or killed myself, or I could make a change. And from that moment, I decided to turn it all around.”

De Leon enrolled in a job corps program, and it quickly became clear that his mission was to join the military. He enlisted in the U.S. Army at the end of 1999, and had planned for a life-long career. But in 2007, while serving on his second deployment in Iraq, he suffered injuries from a mortar attack, was aero-medevac’d out of the country and eventually woke up in Landstuhl, Germany.

The Purple Heart recipient credits accepting an invitation from the Wounded Warrior Project to take part in the now-defunct one-year TRACK program, an education center designed for veterans wounded in combat, as one of the best decisions he has ever made. “Coming out of the military, I didn’t have a plan,” he says. “I didn’t have an education. I went from thinking one second that I was going to make a career out of the military to now having to figure out what to do next. And my son, daughter and wife were all depending on me.

“The Wounded Warrior Project logo shows one warrior carrying another warrior,” De Leon, 37, who lives in Jacksonville, Fla., says. “I felt like I was the one being carried by the project and my fellow TRACK program comrades. Once I completed the program, I wanted to find every way to give to back and be the warrior on the bottom now helping others out.” 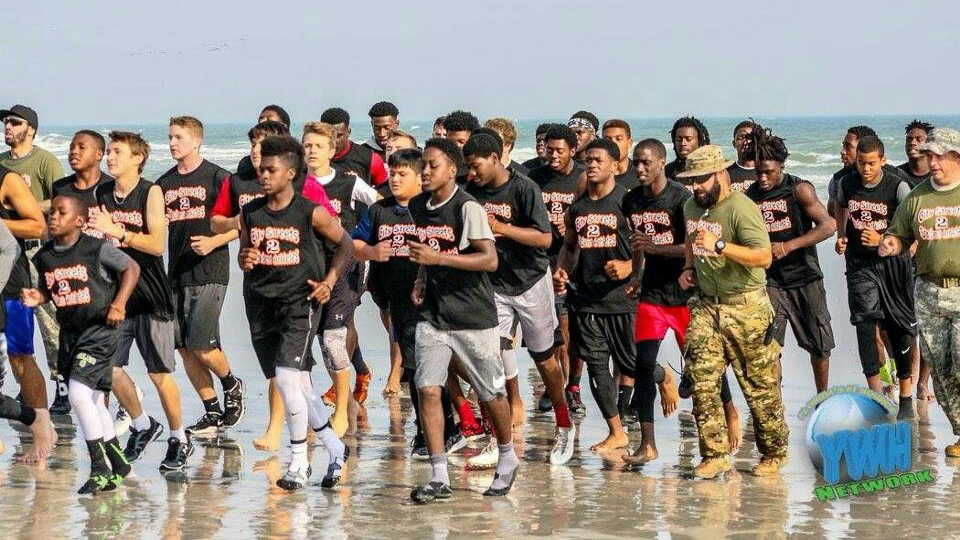 The father of two kids, ages 11 and 19, who recently received his associate’s degree, and is continuing his college education in the fall, became one of the first peer facilitators for the Wounded Warrior Project’s Peer Support program in Jacksonville, helping veterans recover, socialize and play active roles in their communities. “I was able to help a lot of guys,” he says of the role he held for four years. “Not every day was pretty, but I was glad I was able to help out as much as I did.”

And now De Leon has expanded his reach to teens, linking up with the local nonprofit City Streets 2 Student Athletes. “This organization is about deterring young student-athletes from drugs and crime while promoting education and athleticism,” he says. “Coming from the background I come from and growing up the way I grew up, I was all for this because I know of so many kids going through these struggles and I would like to be some sort of influence on them.”

He started volunteering at camps and as a coach and eventually helped launch an annual Veterans Leadership Beach Challenge, in which combat veterans volunteer as coaches, tying in exercises with military values and just “having a lot of fun.”

His goal? To host a similar camp back in his Massachusetts hometown where he can deliver the message he spreads during speaking engagements: Do the right thing and you’ll never be afraid.

It all comes back to helping not only fellow warriors but others, as well, according to Linnington.

“All of our warriors want to give back in some way,” he says. “The key is getting them energized and involved, which is why community engagement is so important.”