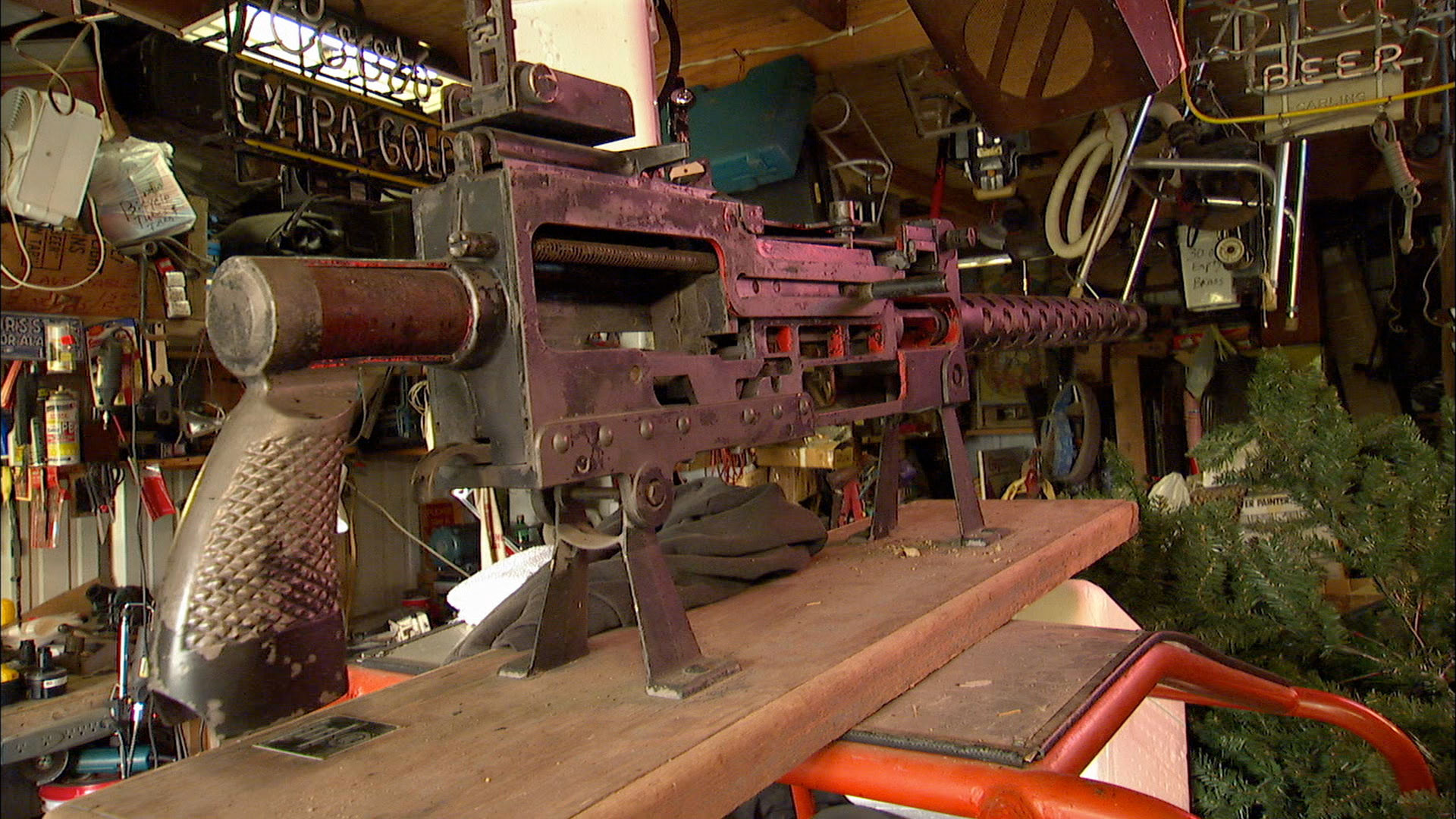 Danielle has asked for a raise, but Mike and Frank delay a decision until they see how successful they are with the next trip she sends them on–through Kentucky. First they visit a serious collector who, after a life-altering incident, is definitely in the mood to sell. They also then stop in at the geodesic dome home of biker couple Tracey and Paul. They only have an hour to scour the massive collection but that’s more than enough time for Mike and Frank to find their most unusual items. They also visit two spunky retirees who live in a former honky-tonk spot that’s complete with a stage and a sprawling toy collection. Their eventual haul includes a KISS pinball machine, a vintage steam-powered corn popper and massive Laurel and Hardy costume heads. Finally, Frank and Mike “interview” Danielle to discuss her raise….and torture her a little more.