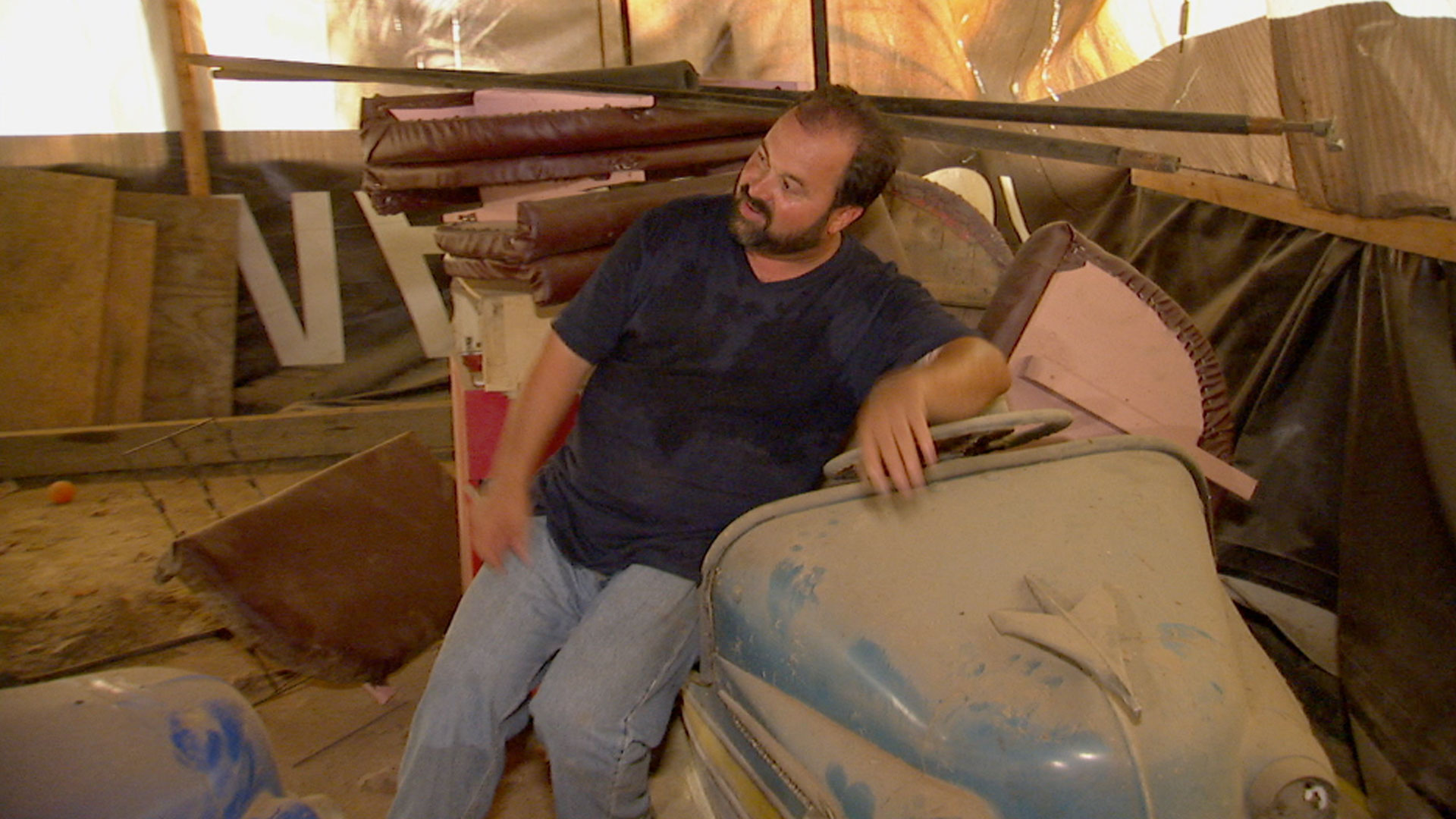 While picking in Pennsylvania, Danielle sends the guys to Bushkill Park–a century-old amusement park that’s seen much better days. Hoping to eventually renovate and reopen, owner Neil is motivated to sell just about anything. And, after stepping back in time and playing in the old funhouse, Mike spies a couple of rare vintage sideshow banners. Also in this episode… Deb wants husband Tom to clear out his sprawling collections so they can enjoy their retirement on the road in their RV. But he’s reluctant to sell his prized possessions. Later, in New York City, the guys meet an expert who has shocking news about Mike’s new circus posters. In Staten Island, a cavernous abandoned storage unit yields plenty of carnival keepsakes.