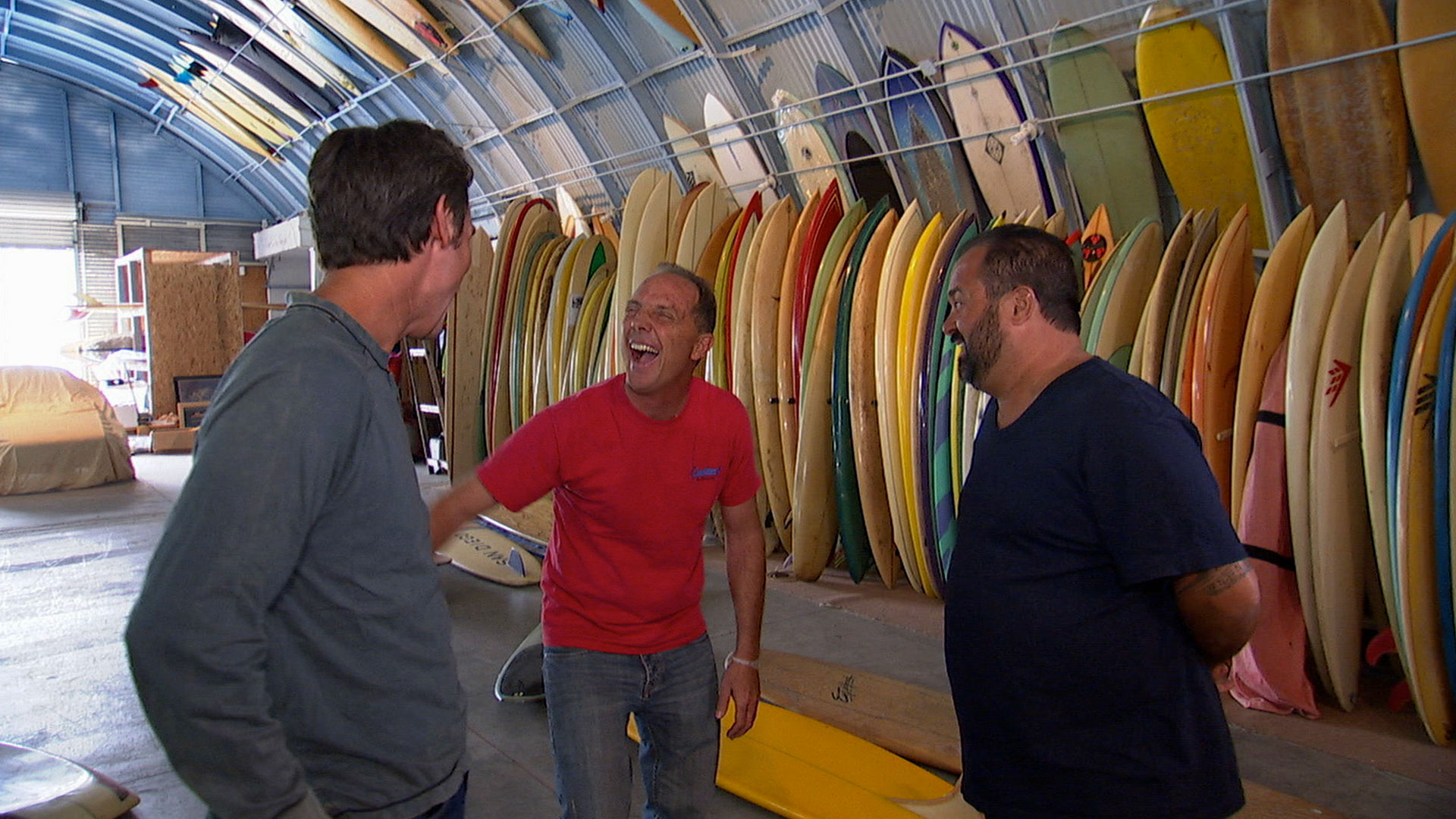 Cruising along the California coastline, the guys know they’re in for something big. Mil Blair founded the iconic motorcycle magazine Easyriders and, for the first time ever, the legend is willing to sell some of his rare collections of motorbikes and memorabilia. Later, the guys visit Bird’s temple of surfing. Although he doesn’t normally sell, the guys convince him to part with a few choice surfboards. Also, the guys visit Alfie in the Malibu Hills. His eclectic collection includes over a half million albums and a real bombshell. And finally, they get their new surfboards appraised at the California Surf Museum and make a generous donation.