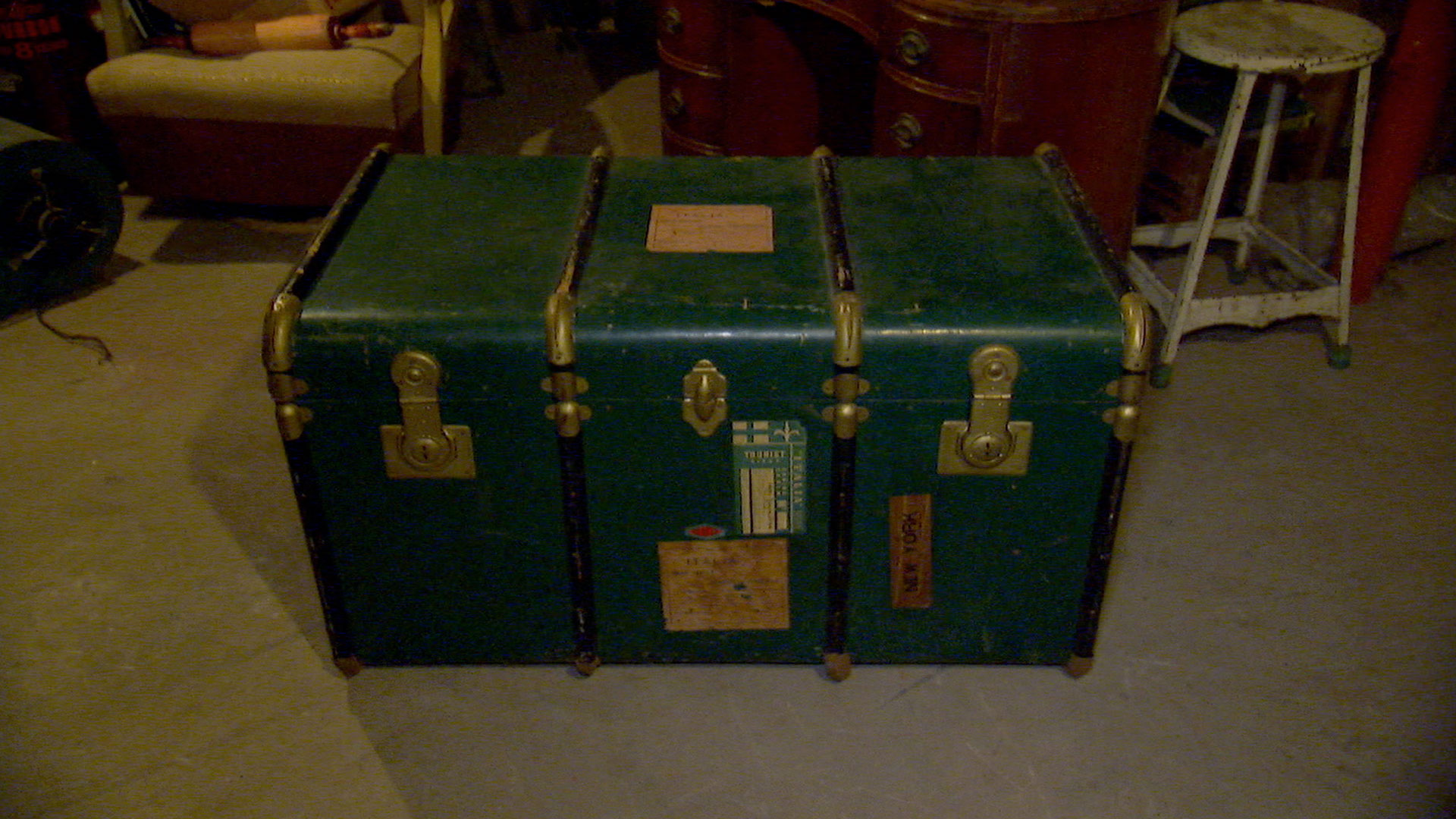 What's In The Box?

Mike and Frank visit a New York collector who’s filled a train station with vintage cars, and although the cars are hot, the prices cool their engines. But the pick isn’t as good as it looks until Mike finds a mysterious Italian trunk that hasn’t been opened in 50 years…and though it’s driving him crazy, he waits until he gets home to open it. The guys stop in at a New Hampshire home with a weathervane on the roof constructed from a real Harley motorbike. Inside, the couple’s sprawling collection includes a room full of retro arcade games. And finally, auctioneer Paul’s Rhode Island property is packed with treasures his late father rescued from the trash. Mike spies an impeccable 1967 Triumph motorbike and Frank buys a slew of vintage toy trucks. But the best is hidden inside a barn that hasn’t been touched in 15 years.