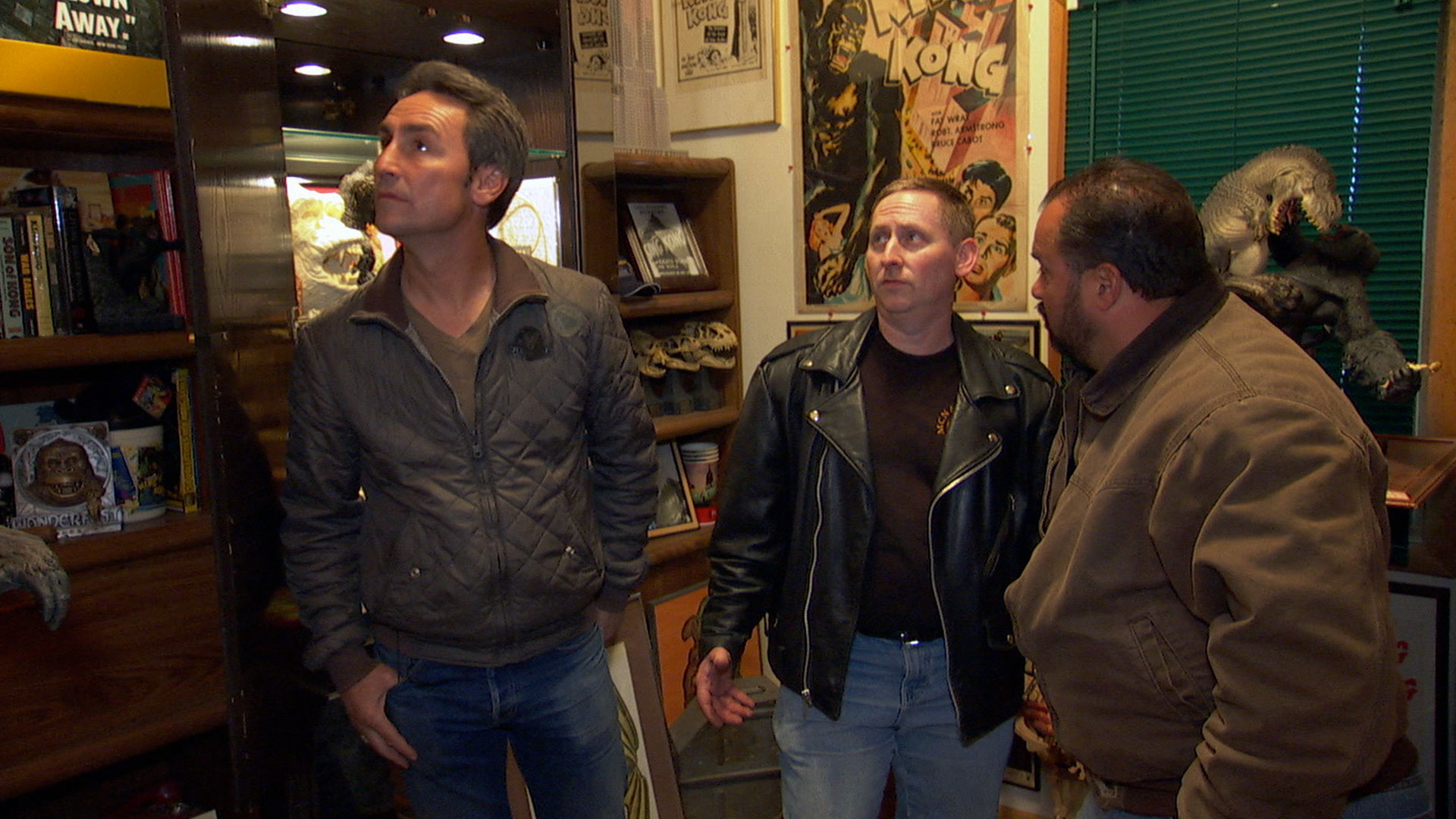 Driving through Michigan in a freak spring snowstorm, the prospects look bleak until the guys spot an interesting old Cadillac for sale. With their picking senses twitching, they stop to see what else is on the property. Frank falls hard for a deluxe Model A roadster. But to seal the deal, he’s got to talk to the boss and she’s not at home! Passionate about revitalizing Detroit’s city core, Joel owns an entire neighborhood of 50 adjoining properties, including a 50,000 square foot warehouse that’s jam-packed with cool cars, old signs and architectural salvage. It’s a picker’s dream and the guys dig deep to see what they can uncover. Collecting on a monumental scale, father and son duo Jerry and Jerry’s 40-acre property includes a life-size model train town and over 1,000 classic bicycles. The only problem is they’ve got a hard time selling and their prices are frozen in time! After dropping thousands of dollars on the Model A, Frank faces the appraiser’s verdict.