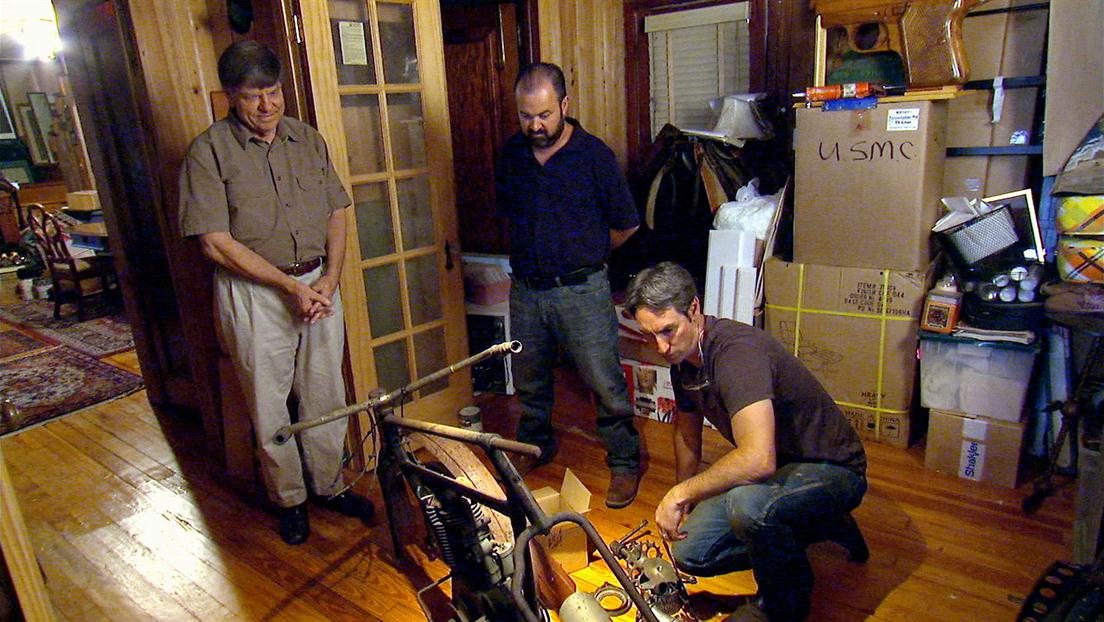 In South Florida, the guys gain access to Bill’s massive stockpile. Then Mike falls for a century-old Royal Pioneer motorbike but balks at the mammoth price tag. Later, the guys assemble a custom Chopper in five minutes flat. But Mike’s love affair with the Pioneer bike throws off his game until he prepares to blow the biggest wad of cash he’s ever spent!

By submitting your information, you agree to receive emails from HISTORY and A+E Networks. You can opt out at any time. More details:
Follow #AmericanPickers