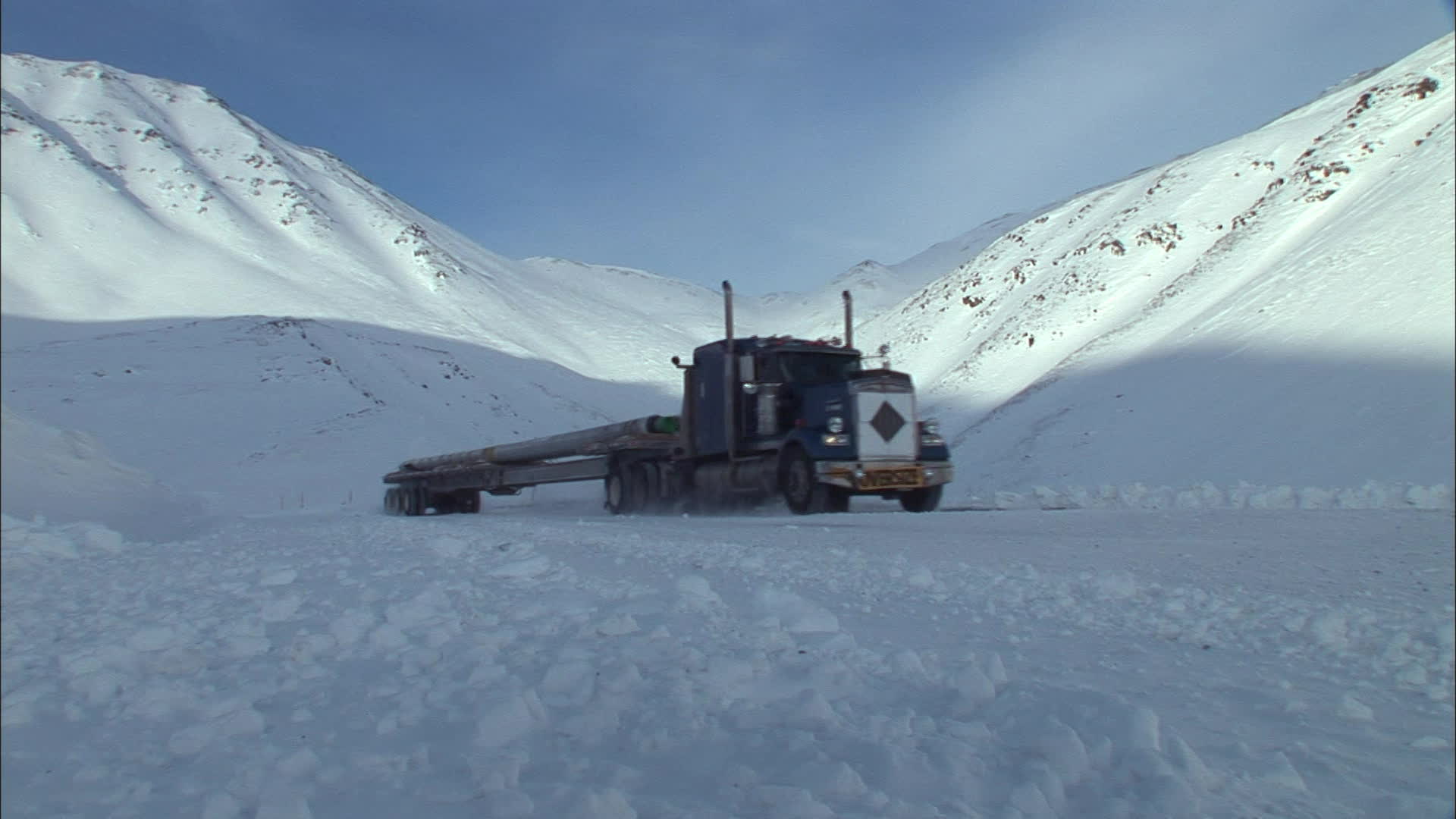 Lisa Kelly auditions to be the first woman to break into the elite Heavy Haul division by commanding a convoy of pilot cars while hauling 80-foot sections of wide-gauge pipe. Having spun out before with a much shorter load, she faces a daunting task involving a 600 mile run through the Brooks Range mountains, over the wind-blasted North Slope, and across the ice road of the Arctic Ocean itself. Hugh “The Polar Bear” Rowland aims for an even bigger title–that of master of all of North American ice roads. But Hugh’s archrival Alex Debogorski is matching him shift-for-shift. In an epic five hundred mile race that runs from the truck yards of Fairbanks to the shores of the Arctic Ocean, Hugh and Alex duel for North American bragging rights. Tim Freeman’s goal is a more universal one–survival. He wants to finish his rookie season with his truck, and himself, in one piece.