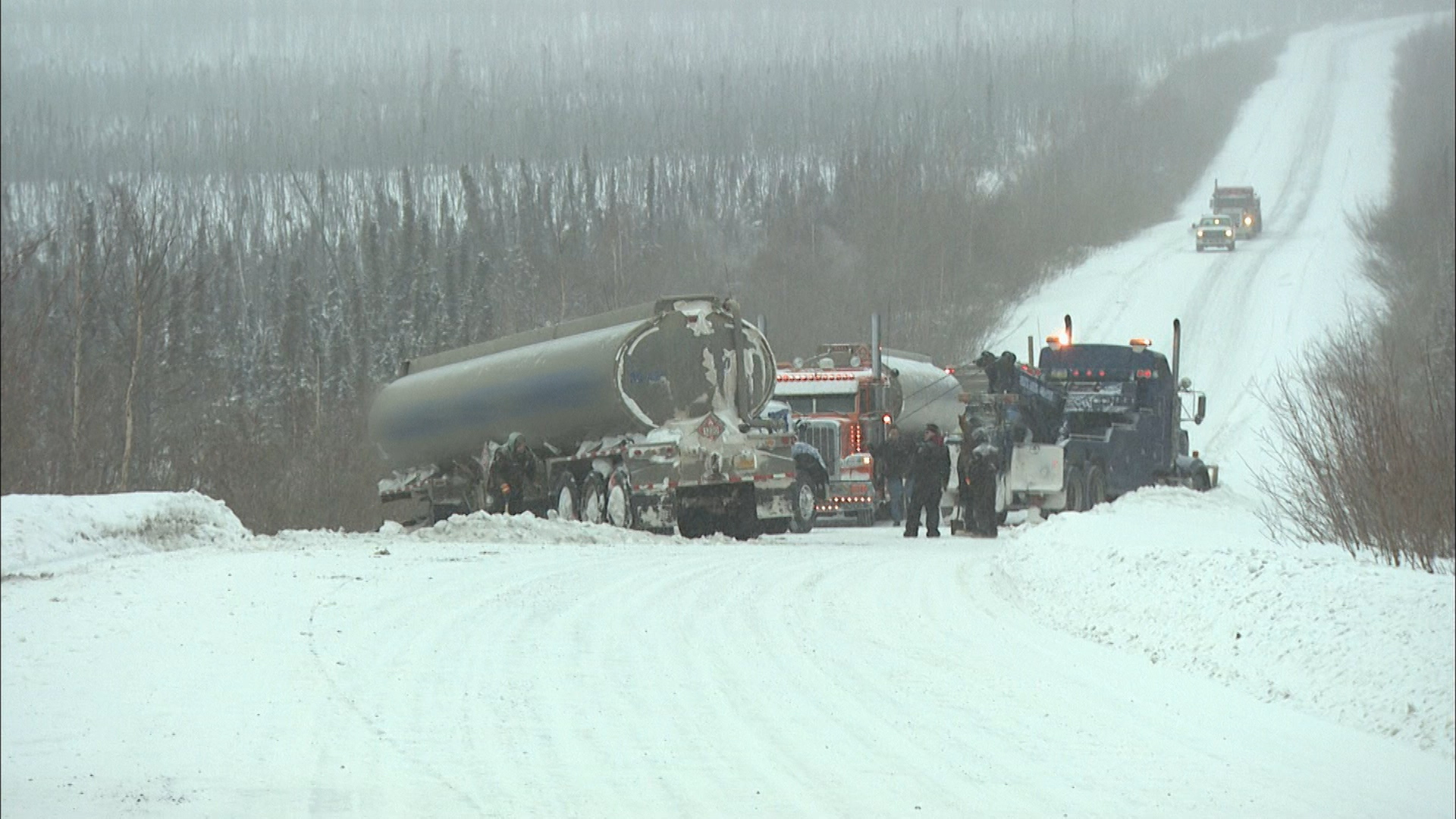 With just three weeks to go, everyone is pushing it to the limit to get the freight to Deadhorse before the season ends. Lisa rushes to Carlile to pick up her next load. She’s convoying north with Jack Jesse. On the road, he shows her how to avoid spinning out by shifting gears. Hugh and Phil have been doing short turns all week to get storm-delayed freight from Coldfoot to Deadhorse. On today’s trip, Hugh discovers that he and Alex are not the only fierce competitors on the ice road. Phil is battling with his nemesis at Carlile, Drew—they get into a heated debate on the CB about who has the most trips this month. Since Hugh’s logs are same as Phil’s, he thinks they will win this one. Tim and George are delayed again in Fairbanks because George’s truck is in the shop. But when they finally get on the road, it’s Tim’s truck that develops a fatal electrical problem. The rookie is severely disappointed and has to turn back again while George carries on north by himself.