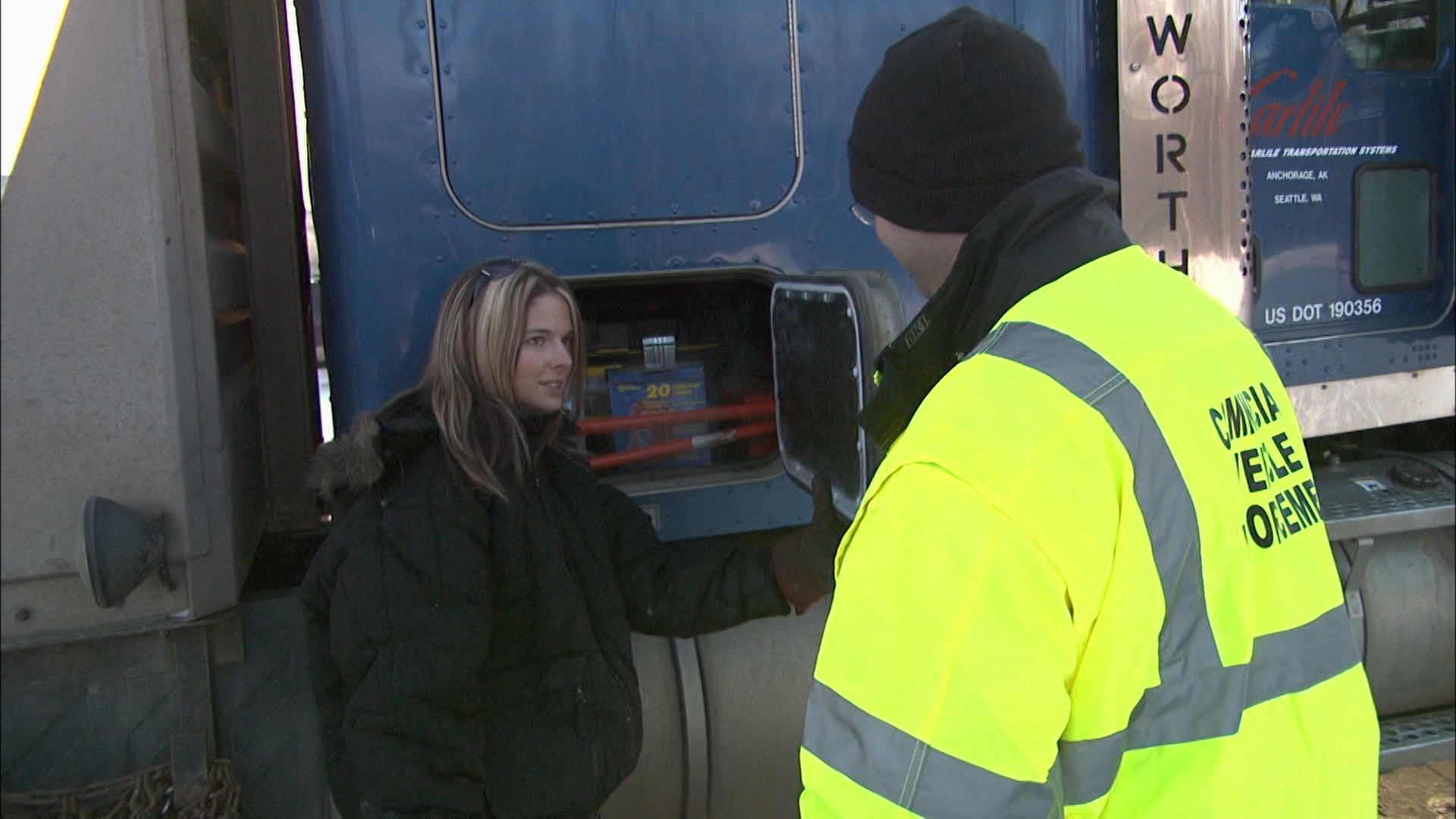 The pressure on the drivers builds and hot tempers flare as the temperatures plunge to 55 below. Jack gets into it with a southbound driver who raises hell after a near head-on collision with Jack’s oversized load on a curve. And Hugh gets an earful from an American driver who wants Hugh off the Alaskan roads and back in Canada. Meanwhile, Alex takes a big risk by picking up a hitchhiker. Ray takes on the steep and treacherous Atigun Pass, where he’s already spun out twice this year. The rookie decides to take a gamble… will it be yet another first year mistake? And Lisa has her hands full just trying to get back on the road after getting caught at the scales.