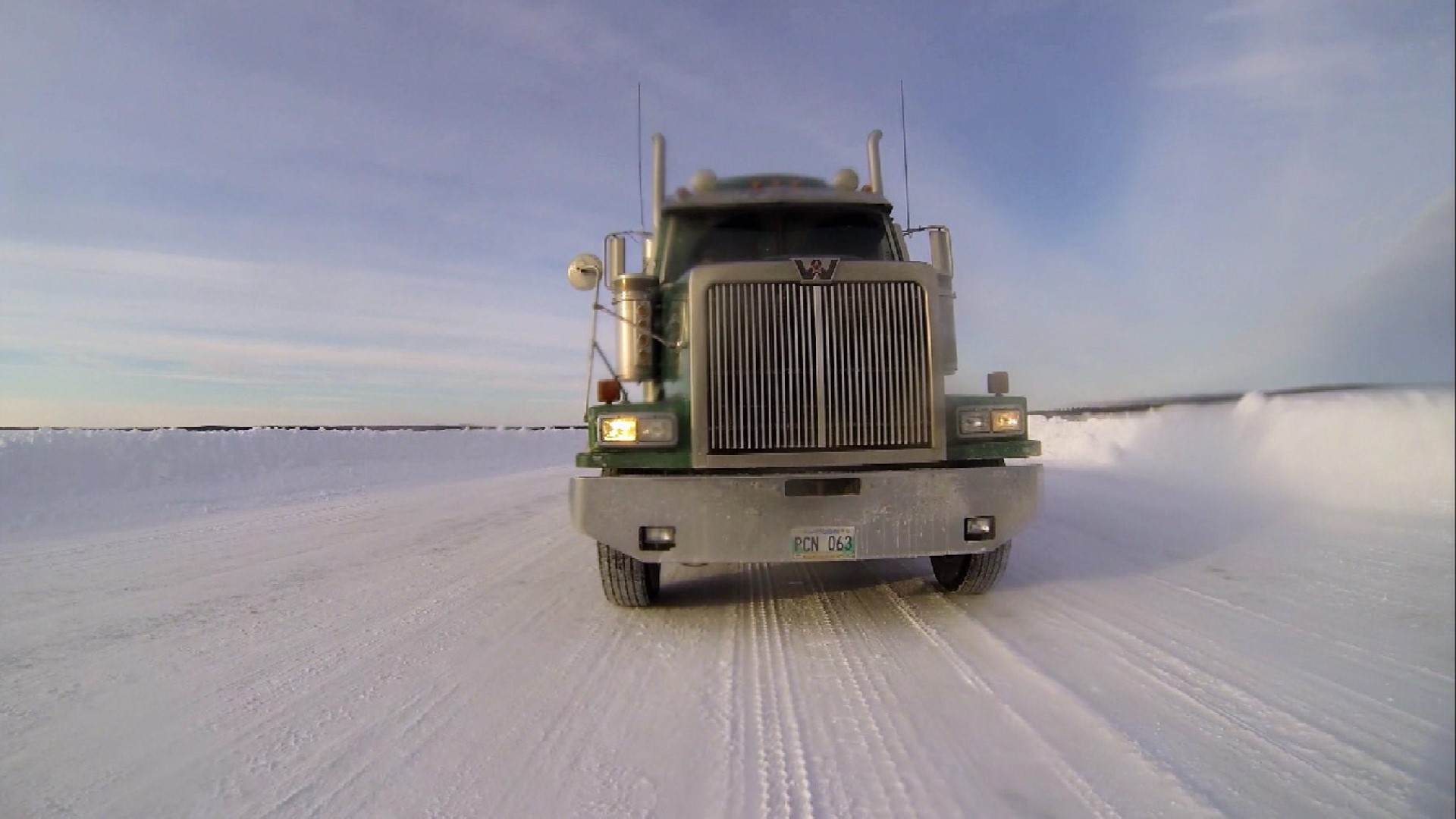 With only days remaining in the season to determine the load count winner, Polar and VP Express race to deliver hauls over the rapidly melting roads. At VP, boss Hugh Rowland drives a fire truck up the rugged route to Wasagamack. But before hitting the trail, he makes an unwelcome surprise visit at the Polar yard. Rookie Todd Dewey tries to make it back to Winnipeg with a load so light, he struggles to gain any traction. Polar driver Alex Debogorski is unable to manage the slick roads and crashes grill first into the ditch. Polar convoy Darrell Ward and Lisa Kelly hit the road with the widest haul of the season. But when Darrell’s truck is unable to pull the monster load any further, it’s up to Lisa to take it the final stretch. And Polar driver Art Burke is forced to break the cardinal sin of ice road trucking–never stop on the ice!