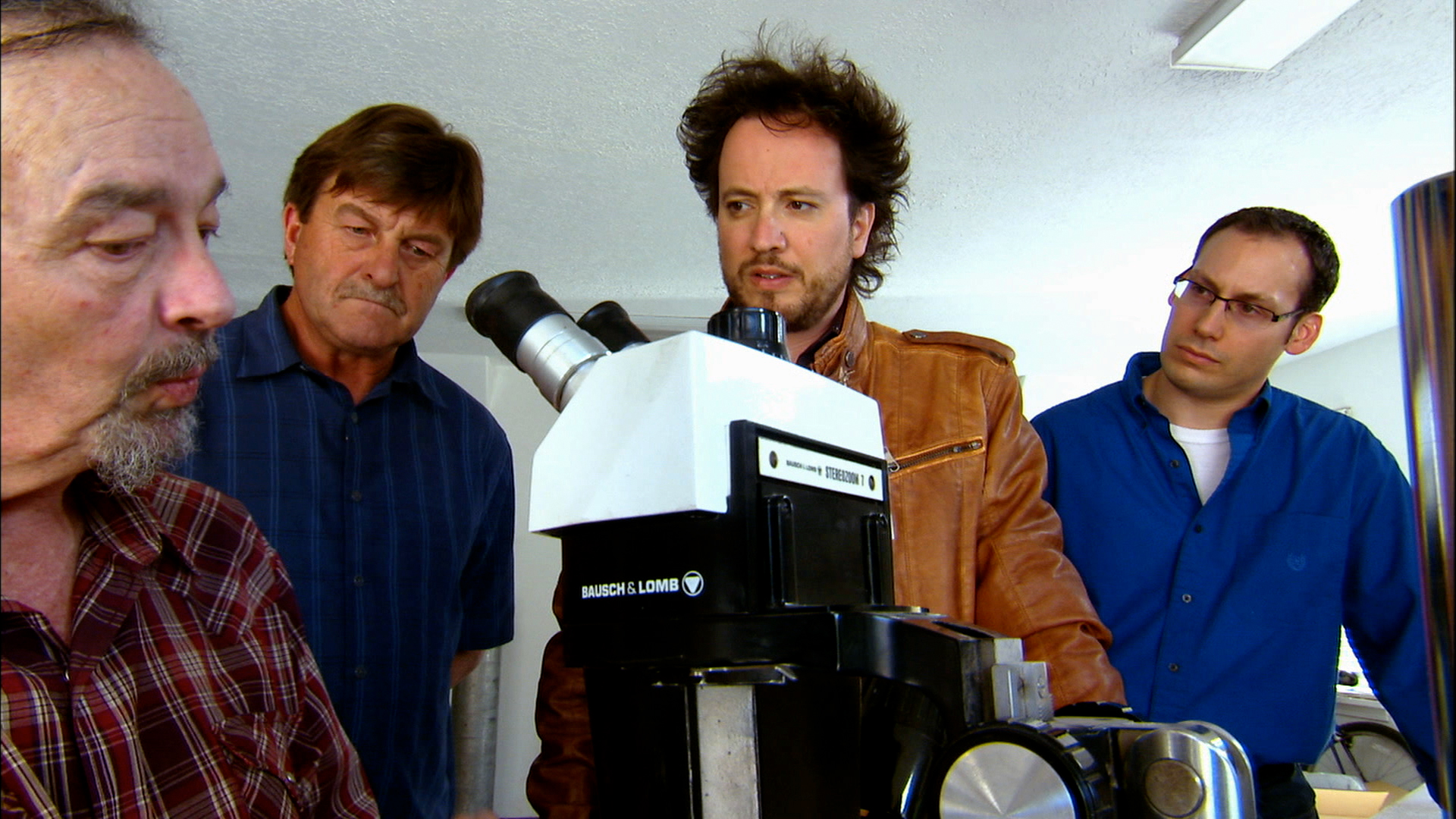 A mysterious rock bearing a cryptic design was discovered in Roswell, New Mexico in 2004. Now coined “The Roswell Rock,” this piece of stone is unusually smooth and possesses unique magnetic properties. Even more intriguing is that the motif on the rock–a sequence of triangles and crescents–is an exact match to a crop circle found in England nearly two decades ago. Ancient Astronaut Theorist Giorgio Tsoukalos sets out to determine the origin of this intriguing stone. Through a series of experiments Tsoukalos unveils whether The Roswell Rock is merely a man-made fabrication or something much more. How could the precise design have been created without leaving evidence of altering the stone? Why does this small rock react to magnets? And most baffling of all–why does the design match a crop circle that appeared more than 4,000 miles away from the Nevada desert?