Zach Quinto, god of Trekkies, man with the master eyebrows, diversity champion and hero space pioneer, is coming to HISTORY. In a glorious reboot of the hit 1970s series, In Search Of, originally presented by Leonard Nimoy, Quinto gets deep into the investigations of some of the world’s greatest mysteries.

“I have a curious spirit,” Quinto says. “I’m drawn to those aspects of human experience that aren’t fully explained or understood. This show gives me an opportunity to dive into some of those questions and explore them on the ground.”

Tackling all-time favorites like the search for the lost city of Atlantis, the quest for alien life and probing the depths of the ocean in the quest for sea monsters, Quinto has also brought his own unique take to the show. As a more modern host of the series, he has included contemporary conundrums such as Artificial Intelligence, life after death and the possibility that some people possess superhuman powers.

“I was really interested in pushing the show in new directions, to involve topics that weren’t relevant 40 years ago when the show originally premiered,” he says. And for the topics you think have been so well explored, that nothing new could possibly be discovered: “We’ve had so much evolution in technology, science and our understanding of those topics, that we could approach them from a new angle entirely.” 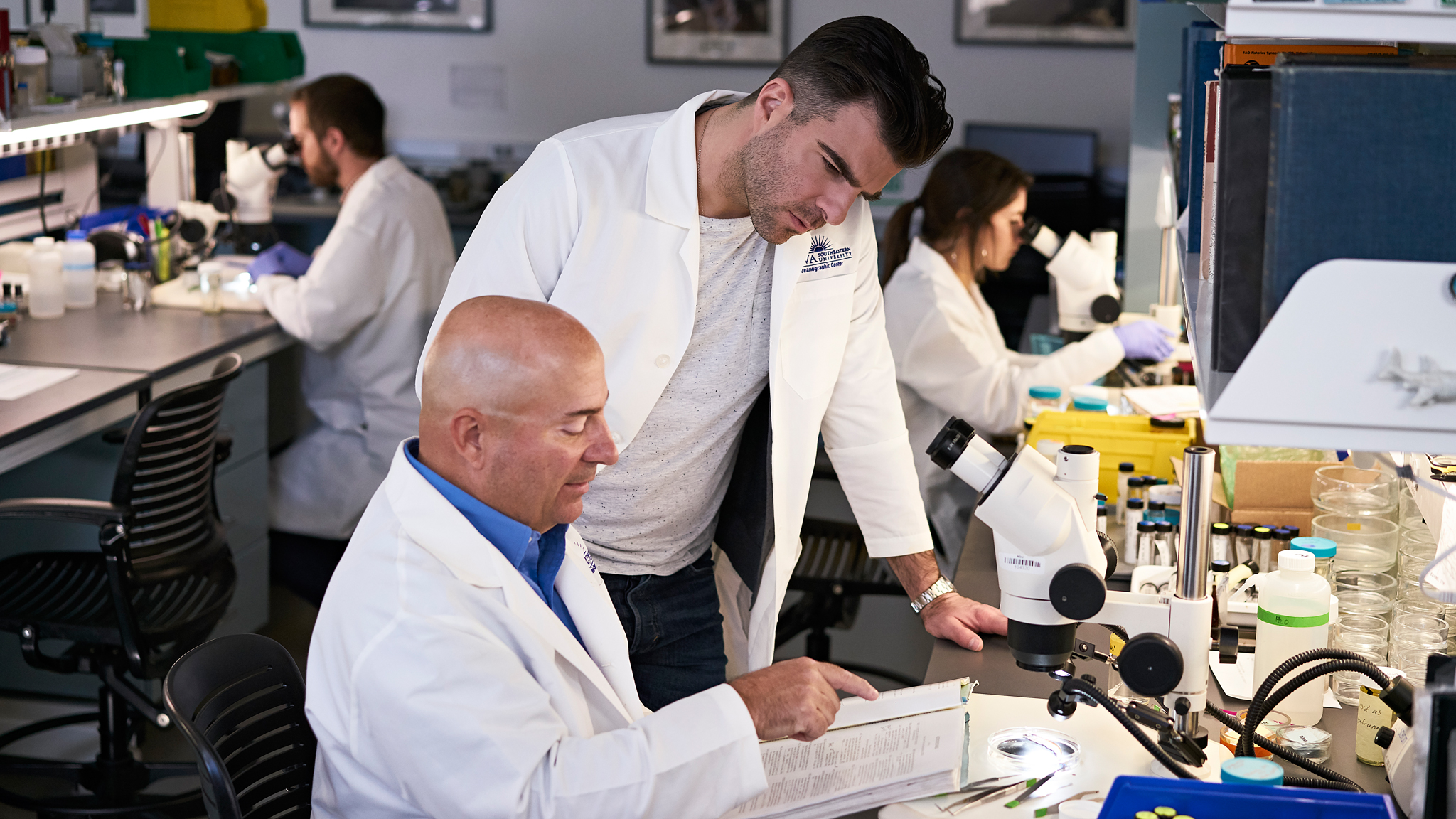 Whereas Nimoy took a back seat in the investigations, presenting the show from inside a studio, Quinto had different ideas. “I wanted to bring it into a modern experience. Going on the ground and conducting interviews myself, diving into the exploration,” he explains.

Quinto went on to describe his search for answers by flying around the world, interviewing a teenage boy who survived a mysterious attack in the shallows off the Australian coast, quizzing the physicists helming the Hadron Collider at CERN in Switzerland and exploring archeological evidence in the waters of the Aegean coast. Throughout this exploration, Quinto talks to experts, witnesses, ‘experiencers’ and scientists in an attempt to grow a deeper understanding. And while his curiosity takes him there, his scientific mind allows him to probe everything he encounters.

“I don’t go in fully convinced of things,” he admits. “I need proof. I go into each experience with openness, but also healthy skepticism.” The spirit of curiosity allows him to remain open to some extraordinary claims – including the conviction of one man that he has time travelled (several times), and the curious experiences of several unrelated witnesses who had identical experiences of ‘alien abduction.’ Hearing these witnesses recount their experiences, Quinto maintains a strict ‘no judgement’ stance. Responding with an upward flick of his eyebrows, he simply intones, in the precursor of a million GIFs to come, “Wow.”

“We try to converge the notions of science and experience. As objectivity and neutrality was my goal, I did try to hear people and recognize that it’s not my job to tell them what they have or haven’t experienced. I was looking for some indication that what they say happened to them can be explained. That wasn’t always the case, but I still found the conversations fascinating.”

So which was the investigation that surprised him the most? “The phenomenon of sinkholes,” he replies. “I felt like it was incongruous with the other things that we were doing, and, excuse me, I wasn’t that interested in it. But then when we did it, it was incredibly informative, and actually really moving. We spoke to a lot of people who were personally affected, who lost loved ones and homes, and a whole neighborhood that was threatened by a sinkhole. It was much more emotional than I expected it to be.”

And the investigation that left him with the most questions? “I think aliens,” he says. “It was so exciting to travel to the Green Bank Observatory and meet with the scientists from SETI, [Search for Extraterrestrial Intelligence]. Then the experiencers that we talked to, who claimed to have had extraterrestrial interactions – and as far fetched and difficult to believe as some of them were, there were similarities between them that were shocking. It made me look at the whole thing from a new perspective.”

Doctor Spock would approve. Quinto once said that what he admires most about Star Trek is the idea that unity will always overcome hatred. So, if there are aliens out there, we need to be friendly.

“That cornerstone of the Trek universe is something that Gene Roddenberry really believed,” affirms Quinto. “Truth’s important, especially in this day and age, and I feel like we need to be holding each other accountable.” 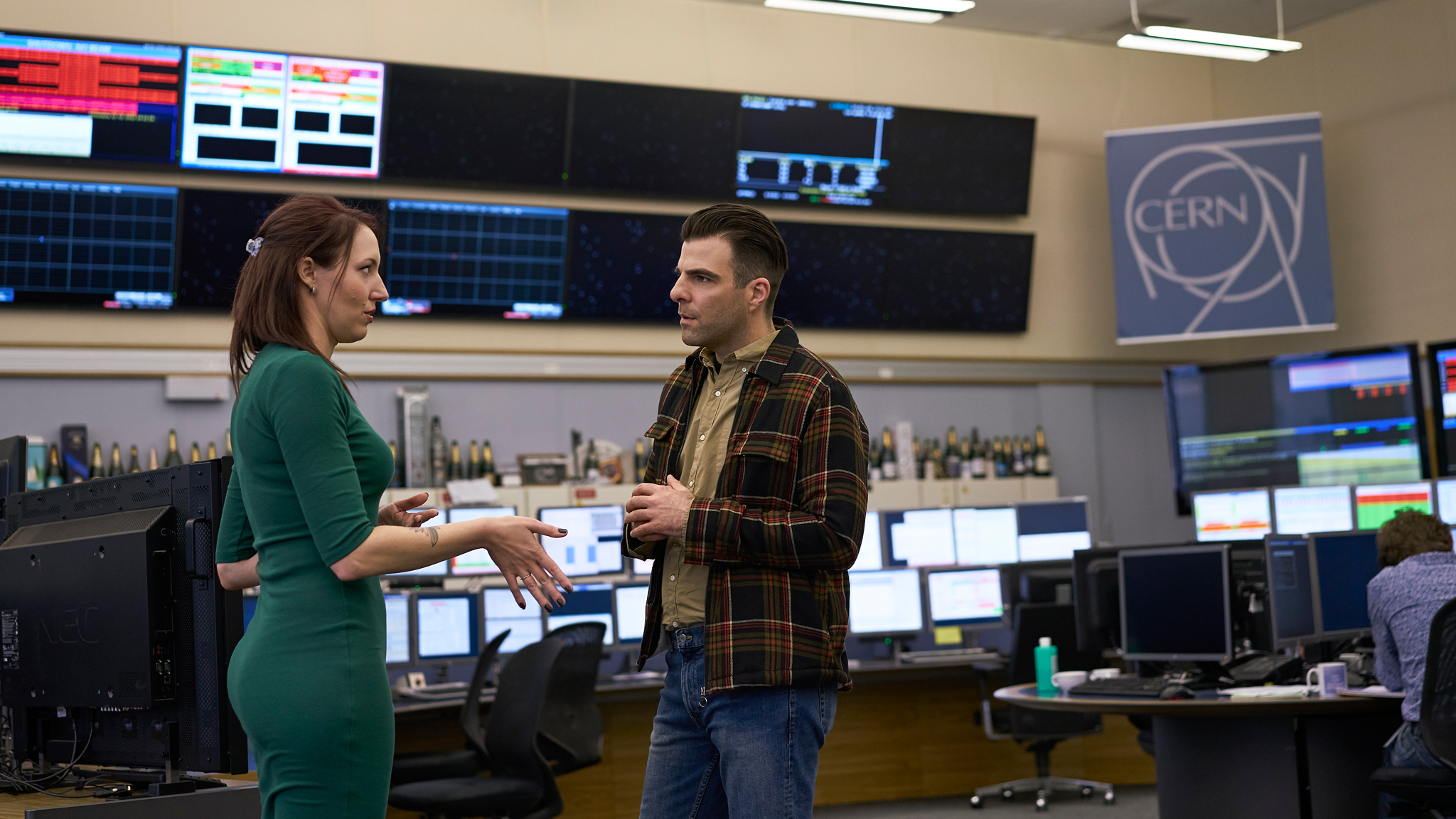 Quinto’s relationship with Nimoy goes beyond reprising some of his most well known roles. Over the course of time the two became friends, until Nimoy’s death in 2015. “Leonard lived his life with true authenticity, and in the end there was nothing that he didn’t experience, explore or express in his own journey,” says Quinto admiringly. “He was somebody who was endlessly engaged and engaging and curious. He never slowed down, and even to the end his mind was incredibly sharp. There was a humor and a heart to him that few people get to experience.”

Although the HISTORY project came along after Nimoy had passed away, and before Quinto had a chance to discuss it with him, he didn’t hesitate to take it on. “Part of what drew me to remaking the show was honoring that legacy. That’s always a part of my intentions with Leonard, and how he inspired me.”

So now he’s nailed time travel and mind control, what’s next? “We’ve talked about doing an episode on twins and what it is to be a twin. I’m fascinated by that. I’m also fascinated by the folklores of spirituality and how they change from culture to culture. What are the through lines, and what are the things that separate cultural perspectives and beliefs?”

Set the dvr: it’s going to be one hell of a mysterious ride. 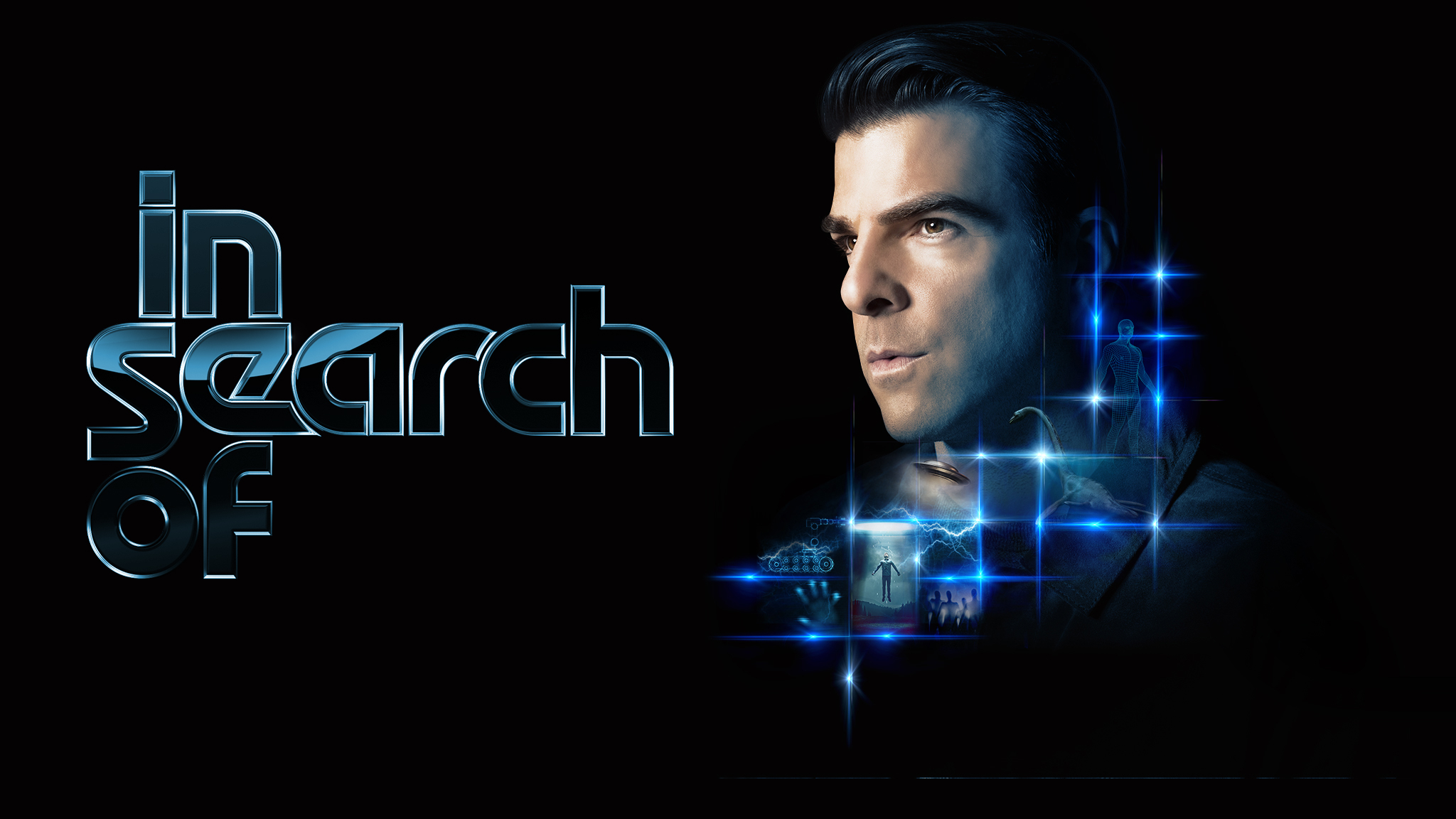 Tune-in to the new season of In Search Of, premiering Friday, October 4, at 10/9c, for all the otherworldly discoveries.