In this exclusive interview with In Search Of‘s Zachary Quinto get a glimpse into Quinto’s thoughts, experiences and beliefs on all things explored Season 1 of the series.

There have been a huge number of “abductions” and “sightings” in the last 70 years – many off them describing similar experiences such as levitation, bright lights and physical marks. And then it turns out, in a 2017 bombshell report, that the government itself has been investigating alien threats and spending millions to do so. In this episode Quinto interviews Navy captains and housewives, all off whom have experienced something alien they cannot explain, from a fast moving underwater object at several hundred knots, to a man who woke up to find an object implanted in his foot.

Quinto travels to rural West Virginia to visit the world’s largest telescope, part of the SETI [Search for Extraterrestrial Intelligence] project to investigate whether there is indeed, anyone out there. For Quinto, this was the episode that left him with more questions than he started with.

“It was so exciting to travel to the Green Bank Observatory and meet with the scientists from SETI. Then we talked to three people who claimed to have had extraterrestrial interactions of one sort or the other. None of them knew one another, and none of them knew each other’s stories, yet there were similarities between all of them that were kind of shocking,” says Quinto. 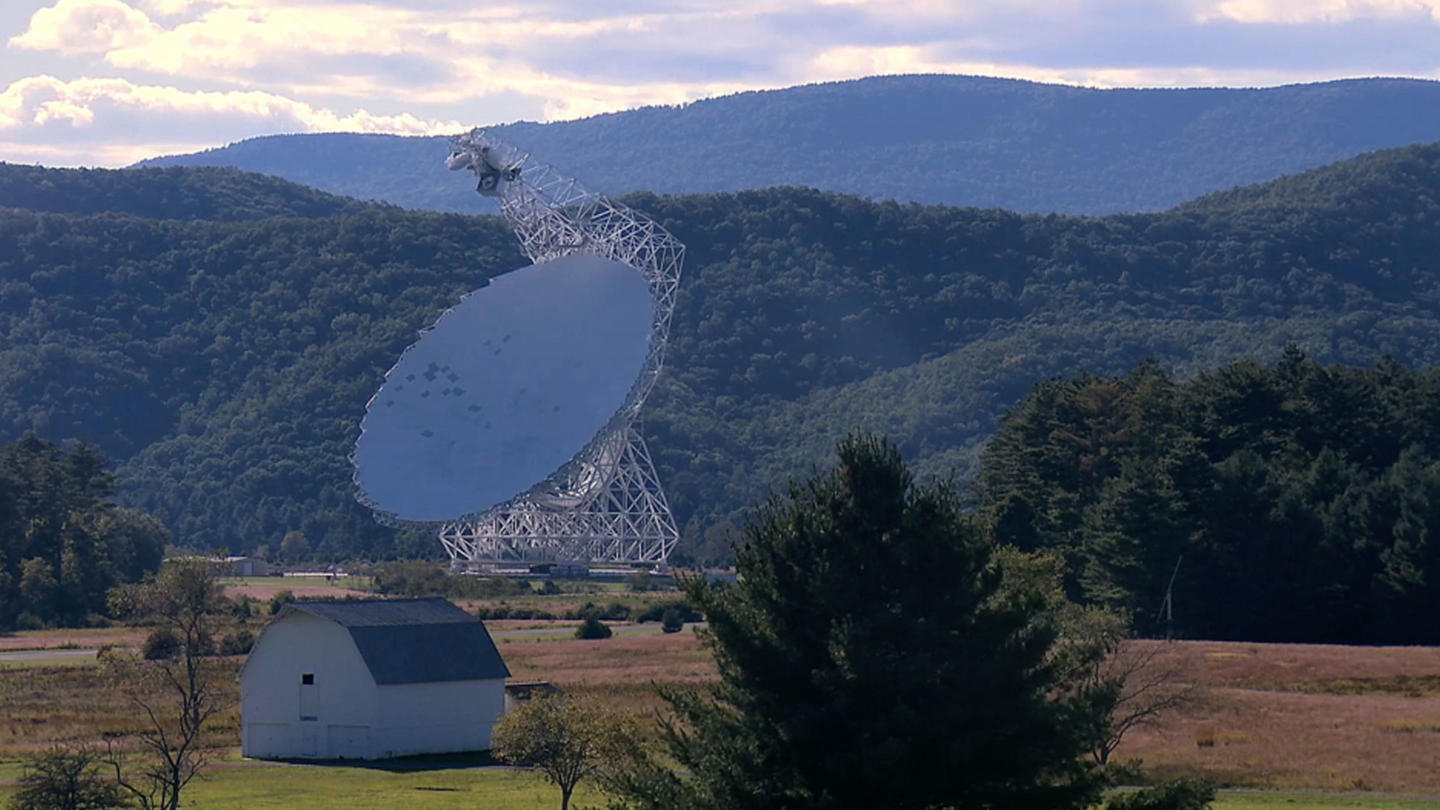 “[SETI] was such an overwhelming place. The magnitude off what they’re looking for, the scale of the space scape that they’re trying to explore is so staggering that I don’t even think they know the answers. The work that those scientists are doing may never pay off in their lifetime. They may never get the answers to the questions that they’re asking, but the work they’re doing is to benefit the future of humanity. I was so inspired by the commitment that all of those people were making to the exploration – even knowing full well they may never find the answers.”

Outside of the vast world of superheroes that call upon otherworldly strength to beat their foes, everyday people have also been known to occasionally summon power from unknown sources. To find the key to what causes people to tap into their extraordinary strength, Quinto visits a man who bent the metal frame of a car door with his bare hands and a Shaolin monk who learned to harness his strength through years of training.

“That was interesting to me to get into the idea of what are we capable of? What is possible under different circumstances of humanity, both from a meditative standpoint and then also, from a standpoint of adrenalin?” 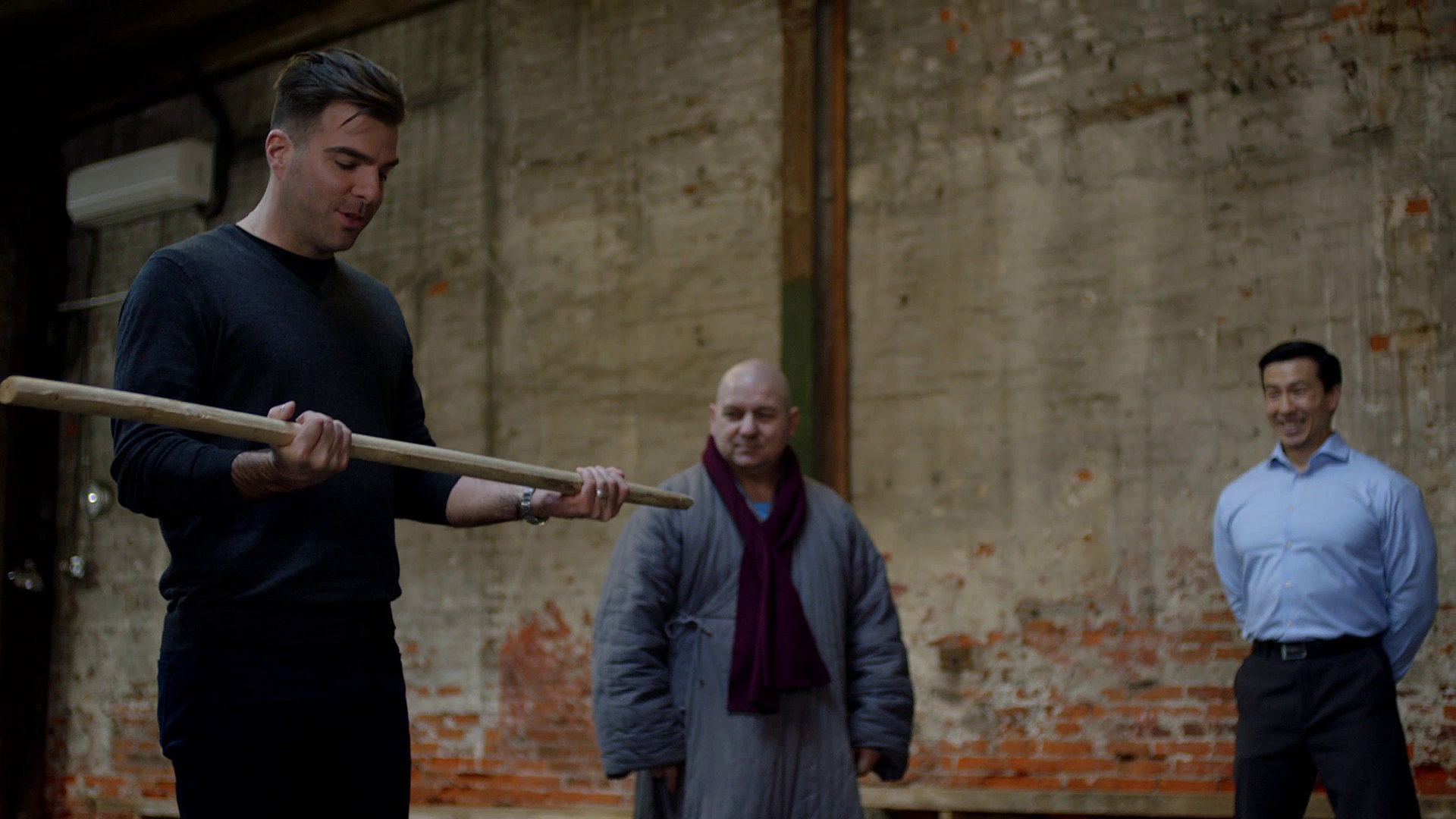 In his quest for information Qunito meets the abbot, a respected Shaolin monk, who is able to endure a blow to the head from a dense wooden stick. “I really enjoyed meeting the abbot, who possessed a kind of other-worldly strength. He was very interesting, and he was the first guest that I interviewed. So he really set the tone for, not only that episode, but my relationship with all of the people that I experienced throughout. I had a really nice time connecting with him, and I was inspired by him and his discipline and his devotion to his spiritual path.”

“This was an episode that I really wanted to cover,” says Quinto. “I’m fascinated by the ethical implications of this technology. It is not theoretical anymore. It’s a part of our lives and it’s slowly infiltrating our experiences more and more each day.”

First up Quinto meets the head of AI at Facebook, who describes an experiment where two robots invented a language only they understood, and started talking to each other in said language. However, Facebook shut the robots down. “I did get the sense that they [Facebook] were downplaying the implications of that experience. It did feel alarming to me that they had to shut this whole aspect of this program down because of this skip forward.”

Next up a spooky doll factory where mannequins (mostly female it would appear) are equipped with AI programmed ‘brains.’ “The idea of AI to that experience, changes the entire notion of human interaction,” Quinto says.

In the context of history, entire civilizations have been wiped out before – the Romans, the Mayans. Is this, asks Quinto, the threat to us now? “There’s a lot in this space that is bizarre and frankly unsettling. There seems to be, in the AI space, a disconnect between everybody saying, ‘Well, AI can only do what we program it to do,’ but then I feel like that’s true until it isn’t. And what I really left this episode with, is the question of whether there is a glitch or a window in which it can make a leap that we don’t foresee.”

Don’t miss the new season of In Search Of, premiering Friday, October 4 at 10/9c.