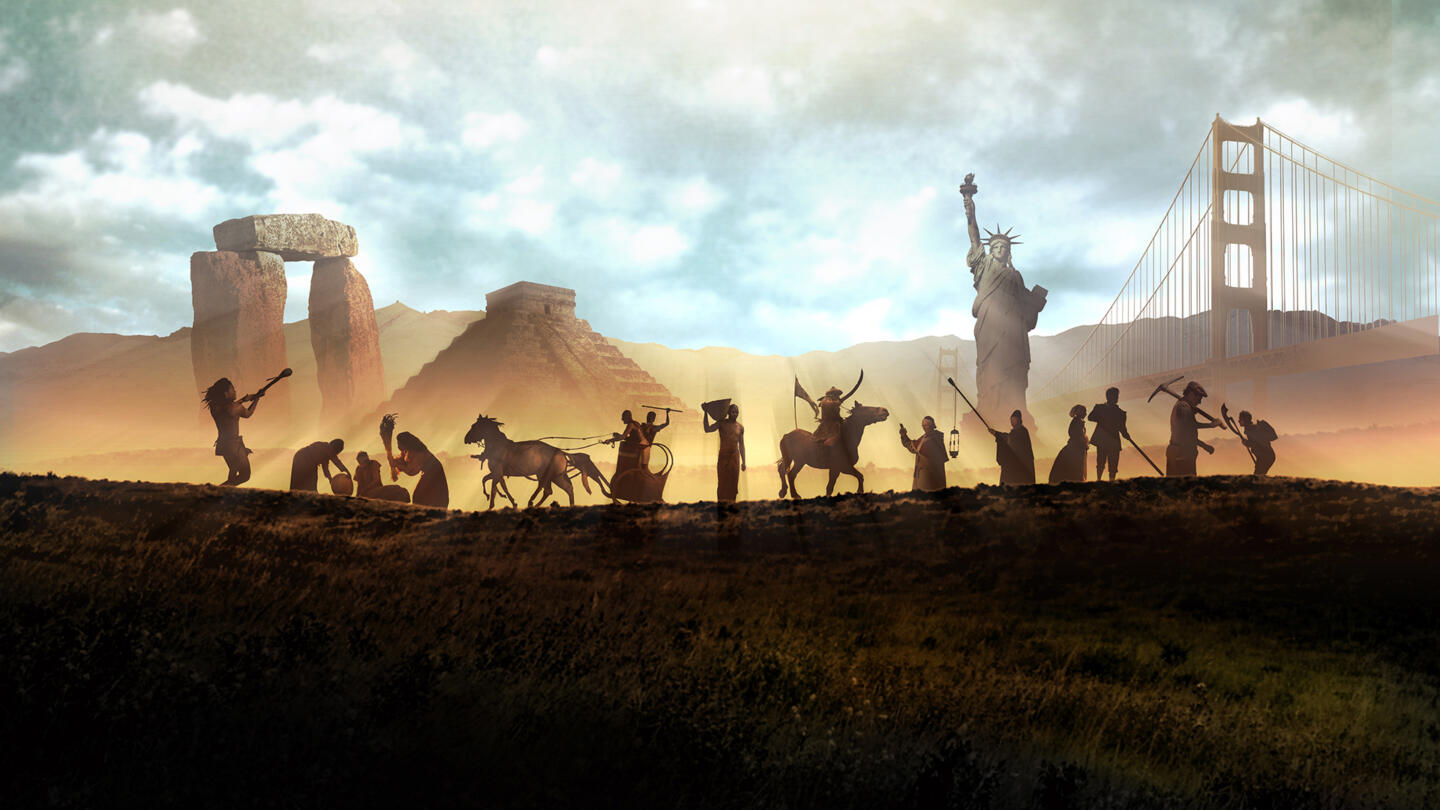 Mankind The Story of All of Us

Mankind The Story of All of Us is an epic 12-hour television event about the greatest adventure of all time—the history of the human race.

It takes 10 billion years for the ideal planet to form and 3 billion more for the right conditions to emerge before it finally happens: mankind begins. From there unfolds a fast-paced story told here through key turning points—stepping stones in our journey from hunter-gatherer to global citizen. It’s a tale of connections—why some ideas take hold and spread around the globe, and how the lives of people in one part of the world are shaped by events in another.

Episodes covered throughout the series include the ice age, the advent of farming, the sacking of Rome, the discovery of the New World, the fall of the Aztec empire, the Industrial Revolution and so much more. This is our story—a story of triumph and overcoming, of survival on a harsh and brutal planet. It is the story of all of—and how, against the odds, we survived.

Mankind is the first television series in a generation to tackle the history of the human race through the ages. Embracing groundbreaking storytelling methods, it features jaw-dropping imagery and dramatic reconstructions of the most critical events in human history.

Watch Mankind: The Story of All of Us on HISTORY Vault
By submitting your information, you agree to receive emails from HISTORY and A+E Networks. You can opt out at any time. You must be 16 years or older and a resident of the United States. More details:

The Curse of Oak Island 28