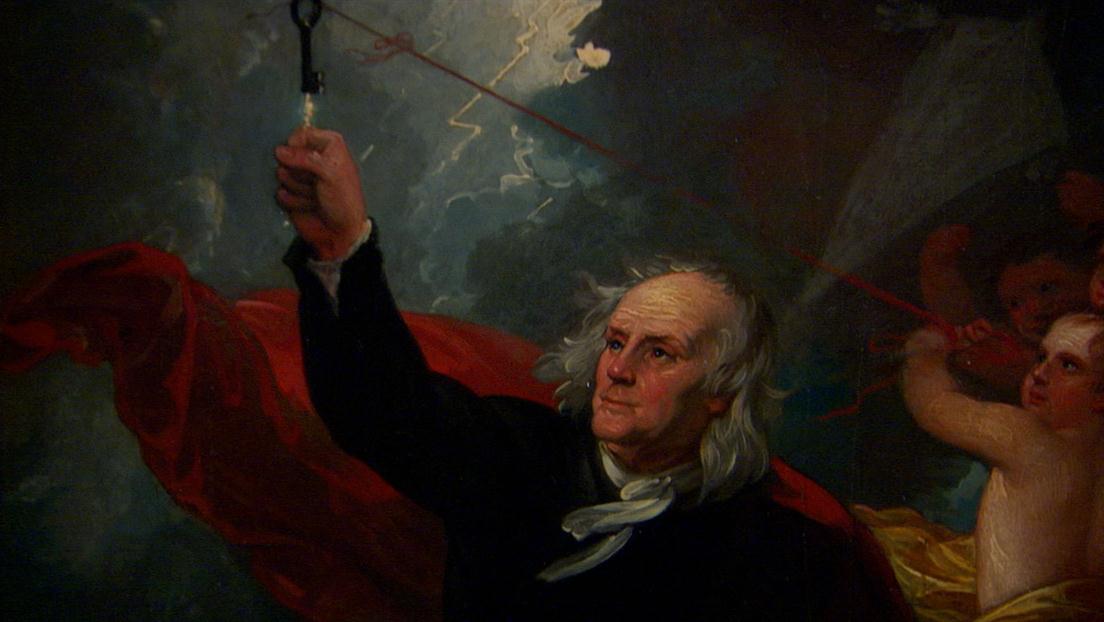 You may know him as a man of great wit and wisdom, as the oldest and wisest Founding Father. But now you’ll get to know Dr. Franklin as the late 18th Century’s foremost scientist, and one of the greatest inventors of any era. From the humble Pennsylvania Stove to the spectacular lightning rod–Franklin was concerned with putting scientific principals to practical use. We’ll explore his many inventions, including: his unique musical instrument, the glass armonica, for which both Mozart and Beethoven wrote pieces; his crafty anti-counterfeiting techniques, including multi-colored inks, elaborate ornamentation, and the use of “leaf printing”–when a metal engraving plate is made from a plant’s leaf, making it impossible to copy; and bifocal glasses. And we’ll see how Franklin’s inventive genius extended to entire systems, including: the modern volunteer fire department, first fire insurance company, Daylight Savings Time, and America’s first lending library.